Changes in Bilingualism and Translating: Japan vs. the UK 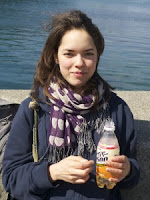 Over at The Liaison Interpreter, Lionel Dersot reports as a Professional Expert Interpreter on a recent development concerning interpreters and 'facilitators' in Japanese industries.

"There are so many employees able to very well function in-house as liaison interpreters that once you get a foot inside, you understand the potential market is even thinner than your previous hypothesis. A new generation of internationally raised children of international couples have brought perfectly fluent employees who at various echelons can work without interpreting, or can help as interpreters on the spot. The few examples I see are probably of the natural interpreter types."

I would say, rather, that by this time they're probably Native Interpreters who've learnt what's required of them by seeing other interpreters at work in their industries. There's nothing new about in-house interpreters in large Japanese organisations. The first Professional Japanese Interpreter I ever met, Sen Nishiyama, 30 years ago, worked for Sony. However, Lionel is talking about "a new generation," and traces its advent back to an increase in bilingualism due to "internationally raised children of international couples." The Natural Translation Hypothesis (NTH) predicts 'the more bilingual children, the more Natural Translators'; and a corollary is that the more Natural Translators there are, the larger the pool from which exposure to more advanced translating activities can develop Native Translators. Unlike Expert Translators, whose training should make them versatile, the full translating competence of Native Translators is likely to be restricted to their own field of activity, in this case Japanese corporations. Thus, Lionel says,

"They may lack something, being insiders and part of the inner ecosystem of the corporation. They are part of the inner drama which is the unique view of the world projected from the inside by each entity. Each entity creates its own world view that shuns the possibility that there are other, viable world views."

So an increase in the bilingual population leads to an increase in the number of Native Translators, and from these the trainee Expert Interpreters can be recruited, provided the necessary training resources – courses, mentors, placements – are available. It follows that in countries where adequate training is offered, the availability of Expert Interpreters is indirectly symptomatic of the state of bilingualism.

Now let's turn the argument around and look at an area where bilingualism is decreasing. As an ardent reader of The Linguist, I see constant complaints about the decline of foreign languages in British secondary schools and universities since they ceased to be compulsory for the school leaving certificate (GCSEs). This doesn't necessarily signal an overall reduction in the number of bilinguals in the country especially since there are many members of immigrant families who speak, and speak fluently, the languages of their countries of origin as well as English. But most of the immigrant languages, from Punjabi to Jamaican, are not among those required for working in international organisations and businesses, and they are not the ones traditionally taught in UK schools.

Now then, NTH would predict negatively that 'fewer bilinguals mean fewer Natural Translators, and consequently fewer Native Translators and a smaller pool from which to train Expert Translators.' And that seems to be what's happening in the UK. Amanda Page, writing about the shortage of English literary translators, says,

"The decline in the study of languages at secondary school, coupled with the closing of many university language departments, is also having a profound effect on the profession. In the space of just 40 years, first Latin, and then many modern languages, began to be dropped from state schools. The longstanding university entrance requirement of a basic classical and a modern language ended when O-levels were replaced by GCSEs, and the situation got dramatically worse when the Government ended compulsory language learning at Key Stage 4 [in the secondary school syllabus]."

In the case of literary translators, the decline is doubly serious because the traditional secondary school language courses included a large dose of foreign literature:

"Removing literature as a necessary component of... language courses... is surely counter-intelligent... the literary translator needs a cultural understanding of the text."

I've always found it ironic that, while German bombs were raining down horror on London during the Blitz in World War II, we grammar school pupils in a London suburb were still being made to read snippets of German literature from the Minnesingers to Stefan George and Thomas Mann. But I've never regretted it, nor the French and Latin literature we tasted.

The effect just described is not, however, being felt only in the stratosphere of literature. At a more down-to-earth and better paying level, the European Commission in Brussels is now experiencing a shortage of native English Expert Translators, who are needed to maintain the standard of English required for its official publications. Rosie Morfey explains,

"The translation services are finding it difficult to recruit to recruit sufficient numbers of skilled linguists working into English. With falling numbers studying modern languages at British universities... or limiting themselves to one foreign language, there are fewer and fewer people who can offer the required range of language skills."

Photo: "Momoko Gill, a young, Japanese-British woman who was finishing high school in Santa Barbara, California. She told me she was born in England and spent her first five years there, then ten years in Japan, before three in Santa Barbara. She grew up speaking both English and Japanese. Her eloquent articulation of interest, plus persistence, made her my eventual choice. She had no interpreting experience, but she was a serious jazz drummer and basketball player and I thought those backgrounds were good for this line of work." — Sam Stephenson. The “line of work” was conducting interviews for research on a famous photo-journalist.

Rosie Morfey. Scouting for talent. The Linguist, vol. 49, no. 1, p. 24, 2010. Incidentally, Rosie herself translates at the European Commission from French, Swedish, Danish, German, Estonian and Hungarian into English.

The Linguist is the bi-monthly magazine of the Chartered Institute of Linguists, www.iol.org.uk.