The Natural Translation Hypothesis is 50 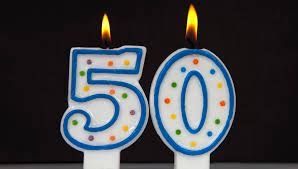 To all readers of this blog

The blog has been desultory in the past few months due to an effect of ‘long Covid’, but I hope to get it back on track before long.

2022 marks an anniversary. It’s just 50 years since the inception of the concept and term Natural Translation (NT). To most people the inception came with publication of the paper The Importance of Natural Translation in 1977. However, the term and concept had already appeared in 1973, not in English but in French as traduction naturelle. It was in French because it was in a paper read at a conference at the Université du Québec à Montréal (UQAM), a French-speaking university. But even that wasn’t quite the beginning, because although the French paper wasn’t published until 1973, the conference had taken place the previous year, 1972. It was a conference at which several of my colleagues of the machine translation project at the Université de Montréal (TAUM) also read papers and it was my final academic contribution before moving to Ottawa. Hence 1972-2022, fifty years.

In the beginning encouragement mainly came not from translators but from psychologists: Wallace Lambert (pioneer of Canadian bilingual education) invited me to his graduate seminar at McGill, Kenji Hakuta (educational psychologist at Stanford) supervised the thesis of Marguerite Malakoff, David Gerver (clinical psychologist) invited me to the fabulous 1977 NATO conference in Venice. But then some bold translatologists joined in: Gideon Toury invited me to write something for Target; Fritz Pöchhacker and colleagues in Vienna were advisors for the thesis of Petra Beckmannova; Raffaela Merlini (Trieste) and Cecilia Wadensjö (Linköping) were advisors for the thesis of Diana Cossato; Ricardo Muñoz invited me to Granada; María Jesús Blasco organised a conference in my honour at Castellón; María Gracia Torres sponsored my honorary doctorate at Malaga, and Boguslawa Whyatt produced a developmental model of translation competence quite similar to mine.

If I had to distinguish a turning point in all that has happened so far, I would unhesitatingly pick the First  Conference on Non-Professional Interpreting and Translation (NPIT), which Rachele Antonini organised at Bologna in 2012. The number and scope of the papers showed that NPIT was an area that could no longer be considered maverick. The ensuing NIPT conferences have confirmed it, although NT has never obtained the primacy – with everything else in translatology being “the icing on the cake” – that I polemicised for it in my spat with Hans Krings in Target.

Meanwhile there are two important aspects of NT that are still little recognised and therefore  under-researched. The first is its innateness; for this the abundant proof that children can start to translate very young is important but not sufficient. Anyway innateness is a bone of contention in all linguistics. The other is the place of translating in the broad spectrum of transfer of information and emotion from any form of human expression to another, a process not necessarily linguistic that I have called conversion.

Bibliographic references for all the publications mentioned above can be found in the Annotated Bibliography of Natural Translation Studies at https://independent.academia.edu/BHARRRIS.