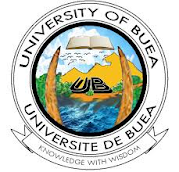 From time to time this blog reprints an earlier post that seems worth reviving. With over 450 posts in its archive, there’s plenty to choose from. This time I’ve chosen one from the year 2009. The choice was determined not only by the content but also by the place where the event that’s described in it took place.

It’s been my good fortune to visit a number of beautiful, peaceful places in the world  before they were spoiled one way or another: Beirut, Dubrovnik, Ceylon (now Sri Lanka) by wars, Rangoon (now Yangon) by coup d’état, Bali and Ibiza by tourism, the Taj Mahal by pollution, Cairo by revolution and demographics, Alexandria by neglect. Petra and Granada survive by the skin of their teeth in spite of modern accretions. I came too late to Dresden. To those disfigured by conflicts must now be added Buea.

Buea is a sprawling township at the foot of Mount Cameroon in West Africa, rich in banana plantations. It’s so idyllic that the heads of the first European colonists in the area, pre-1914 Germans, chose it for their summer residence. I spent happy weeks there teaching at its university and lodging in its British-era Mountain Hotel, where one year I witnessed the beginning and end of an extraordinary marathon, the famous Guinness mountain race. Now Cameroon is torn by an all-too-typical internal conflict based on stupid divisions of nationalism and language. I grieve for it and for my erstwhile students.

The event related here was my introduction to an important function of interpreting that’s are rarely even mentioned in conventional courses, namely church interpreting, and to a style of interpreting in which the interpreter does not remain neutral, impersonal or impassive.

When Cameroon, in West Africa, was formed at independence by amalgamating former British and French mandated territories, its enlightened first president, Ahmadou Ahidjou, made it a country that would be officially bilingual in the two colonial languages. But ‘officially bilingual’ doesn’t mean that all individual citizens are bilingual. As in many other officially bilingual countries, for example Canada, the parliament and the national government couldn’t function without a professional corps of Expert Translators and Interpreters. Cameroon gave university graduates scholarships to go for training in France, England, and later in Canada, where I came to know many Cameroonian students. Once the first generation or trainees had acquired experience, however, the government thought the training could be done at home. So a national Advanced (i.e. postgraduate) School of Translators and Interpreters was opened at Buea, in the heart of the English-speaking area of the country. Buea is a very pleasant, scattered hill station township on the lower slopes of Mt Cameroon.

Besides the two official languages, Cameroon also has about 200 native African languages as well as English and French pidgins. In those there is no formal training for translators.

When foreign Christian missionaries started work in the country in the late 19th century, they couldn’t be effective unless they found a way of communicating with Africans in the domestic vernaculars. At most a few missionaries might learn one or two languages with a large community of speakers such as Douala, a Bantu language that is widely understood today because the city of Douala is large and important. But it would not have taken them very far afield. The only solution: interpreters recruited from the local congregations. It’s a method that was put to use all over Africa. In the early days, missionary interpretation was of dubious quality:

“Since early missionaries could not know the language, they had to depend on interpreters whose own linguistic competence might be small and who might lack any knowledge of Christianity. What kind of gospel the missionaries were heard to preach can only be guessed at.” (McManners, The Oxford History of Christianity, p. 478)

But that was long ago.

One Sunday morning in the 1980s, I was coming out of the Advanced School at Buea when I saw a large crowd on the campus. The people were dressed in their Sunday best, the richly coloured clothes of the women looking especially festive. In front of the crowd a stage had been erected, and on it were just two men, the centre of rapt attention. I stopped to watch.

Both men were Africans. Both were wearing black suits. There was not much difference between them of height or build, but one was younger. Both were carrying a black book in the right hand. Both were haranguing the crowd for a couple of minutes at a time, alternately. They had similar voices. They made the same gestures. In fact they were speaking different languages, but I couldn’t distinguish that. It was as if they were engaged in an impassioned mimicry of one another.

After the first few changes of speaker, I realised that I’d happened upon an evangelical church service or prayer meeting, and it seemed likely that one speaker was the preacher and the other was his interpreter. This was confirmed to me by somebody in the crowd; also that the interpretation was from Douala into another African language. So far so good, but which was the speaker and which the interpreter? Either of them, by his strong voice, his intonation, his body language, appearance and dress, could have passed for preacher. They stood there side by side, neither showing deference. However, another question to my informant confirmed what I might have deduced: that the interpreter was the younger of the two. He, like his preacher model, put on a rousing performance that lasted for another half hour.

“Are all the church interpreters like this?” I asked my informant. “Oh yes,” she replied, “How else could they inspire the congregation to turn to Jesus?”

Posted by translatology at 3:04 AM No comments:


Young children can learn languages, but can they also teach them? The question is prompted by several videos that have appeared on YouTube showing toddlers teaching American Sign Language to their siblings. Here’s a text and a still photo from one of them (see Sources below):

Three-year-old Amelia was born deaf and began signing at 14 months. The inquisitive kid decided to teach her brother too. Using an iPad Amelia flicked through images of animals. Then showed her brothers how to match the sign for each one. Amelia’s Mom Jennifer spotted her daughter and decided to document it. “My sons were mesmerized with her signing the animals,” said Jennifer.  “It’s been proven learning two languages at a young age helps brain development.”

Thus the well-attested natural ability of young children to learn languages meets up with another human ability that may also be instinctive and inherited, namely the desire and ability to teach. We are aware of the latter in its more advanced form, namely the ability of trained teachers and the liking many of them have for their work; but as with other human skills (such as professional football or translating) it may be based on something more primitive and not needing instruction, whether formal or informal.

The idea that teaching is instinctive, and therefore by implication inherited, is catching on nowadays. A recent book (see Sources) says as follows:

“First we explore how children naturally use ostensive communication when teaching; allowing them to be set in the emitter side of natural pedagogy. Then, we hypothesize that the capacity to teach may precede to have even a mature metacognition… Thus we propose that teaching… may be occurring as an instinct from a very early age.”

The double instinct for language learning and for teaching may even perhaps begin lower down evolution than humans. For instance there is the case of the famous gorilla Koko who taught some American sign language to her companion gorilla Michael, though admittedly her environment wasn’t natural and she wasn't young. We should look at the other means and media of communication besides human-like language.

Posted by translatology at 4:36 AM No comments:

Lay people are only aware of one kind of translating: the transfer of writings and utterances between natural languages. Whereas translatologists know there are many kinds, which vary as to their media, purposes, skilfulness, etc. One kind is summarising. It’s also known to academics as abstracting and to school students as precis-writing.

Abstracting must not be confused with extracting. In the latter, short significant passages are selected from the source text and strung together verbatim. Extracting can be done by algorithm. The algorithmic extracting that I receive from Academia.edu is fairly successful, though it is affected by the type of source document. Nor must it be confused with writing abridged translations, which are shortened by omitting some passages in the original, and with them some details. For example, publishers cut out the scientific disquisitions from the early English translations of Jules Verne because they thought young readers would be bored by them.

Let’s turn now to translating. There are broadly speaking two ways of translating.  There is the purely linguistic method of substituting words, phrases and syntactic structures; and the study of it falls in the domain of contrastive linguistics. And then there is the ‘deverbalisation’ procedure in which the translators first interiorise the content and integrate it into their own thoughts, and then reverbalise it to make a target text. Here we will only be concerned with the second type. According to influential French translatologist Danica Seleskovitch (see photo and Sources), it’s the form in which our thoughts are stored to long-term memory and she strongly recommended it to her student interpreters.

Translating, in Jakobson’s broad sense, is to take a text that has been written in one text and reproduce its content in the another text. Summarising meets this definition but with some conditions. Here are some guidelines for an ideal summary of the precis kind:

·       Is much shorter than the original, often many times shorter

·       Won’t contain details not found in the original passage

·       Is well-structured, has no language errors, and makes a meaningful passage.

Content therefore consists of “tone, facts. opinions, thoughts and main idea.” Deverbalising makes it possible to apprehend these. But summarising doesn’t stop there. It requires that the translator apply selections and judgements to them and only reverbalise the product of the process. It follows that there must be some higher-order mental faculty that directs and accomplishes all this. (Some people don’t believe we can deverbalize, anyway not completely; but here we assume it’s possible.)

Summarising is therefore an  exceptionally complex form of translating and a challenge for artificial intelligence.

Roman Jakobson. On linguistic aspects of translation. In R. A.  Brower (ed.), On Translation, Cambridge MA, 1959.

A Comprehensive Guide to Write the Perfect Precis. Bangalore: Olliveboard.

Posted by translatology at 2:29 AM No comments: