From time to time this blog revives a post from bygone years that IMHO merits the attention of a new generation of Followers.  I was reminded of one such post recently by the comment of an appreciative reader who is bilingual himself and says he can translate both ways. Here is the post. It originally appeared in 2009.

Directionality means whether the translation is done from a first language to a second language (from an A language to a B language, in interpreters’ jargon) or vice versa.

I have just received [in 2009] a lengthy, well-designed survey questionnaire addressed to Professional Expert Conference Interpreters and seeking their views and feelings about directionality. There are English, French, German and Spanish versions. It comes from Jan-Hendrik Opdenhoff of the GRETI research group at the University of Granada, Spain. If you would like to participate, contact Jan-Hendrik at jan@ugr.es.

The survey in itself doesn’t concern us here, but it reminded me that there is directionality in Natural Translation. When I declared, following Alexander Ludskanov, that all bilinguals can translate, I didn’t think to add “in both directions”, but I could have. However, it doesn’t necessarily mean that natural translators translate with the same results, or even in the same manner, in both directions. Research needed, but most likely their target language production will be affected by whether they are completely ‘balanced’ bilinguals, that is to say with equal proficiency in both their languages. Their understanding of the source discourse may likewise be affected. Yet I believe it must be quite exceptional to find someone who can translate in one direction and not at all in the other direction.

Nevertheless, such an exception was described in the early 1980s by Michel Paradis of McGill University, an expert on bilingual aphasia and later author of the book A Neurolinguistic Theory of Bilingualism. The aphasic patient in the case study was a nun and nurse living in  but born in . She spoke French at home and with colleagues but had learnt Arabic at work and with patients. ( is a thoroughly bilingual country.) She was suffering from ‘antagonistic bilingual aphasia’. That is to say, on one day she could speak French but could not find the simplest words of Arabic to express herself although she could understand it; and yet on the following day she would be able to speak Arabic without much difficulty but could no longer speak French. In addition, she exhibited paradoxical translation behaviour (Paradis’ term for it), which took the form that on days she could speak French but could not spontaneously speak Arabic she could nonetheless translate from French to Arabic, even utterances involving complex structural differences between the two languages. And to make the phenomenon even more complex and surprising, she could not translate the other way from Arabic to French. On days she could not speak French, the paradoxical translation phenomenon would be reversed – in other words, she could only translate into her deficient language!

Paradis also described similar cases involving other language pairs (French and English, Farsi and German) and in other countries (, etc.), so the phenomenon is rare but widespread. How is it possible to have these different patterns? They raise questions about the mechanisms for translation in the brain, over and above the preliminary question of whether representation, processing and storage of language differ in bilinguals from in unilinguals. About these things we still know tantalisingly little – or rather, in the case of translation, virtually nothing.

The paradoxical translation described by Paradis was pathological; but then Natural Translation, like all things natural, is foredoomed to have pathologies.

Image
Michel Paradis. He is now a retired Emeritus Professor.
Posted by translatology at 8:17 AM 2 comments: 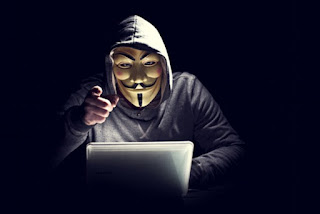 Writing about Karel Čapec's robots for the preceding post on this blog has given me an idea so terrible that I hardly dare to publish it. Yet I think I must, because if I have thought of it then others surely have too, and some of them with nefarious intent; so the public should be warned about it.

I said that translating had already been partly robotized by the invention, progress and popular acceptance of machine translation (MT). Only partly automated, so the danger isn't yet apparent, but there may be much more and much worse to come.

The "things to come" can be divided into two phases.

1. MT Hacking
We know now that virtually all computer communications can be hacked and subverted: supposedly encoded emails, secret diplomatic despatches, election systems, etc – according to this morning's papers, even defibrilators. There's no reason MT systems, through which users channel millions of words a day, should be exempt. And if they can be hacked they can be subverted. Translations can be redirected, deliberate mistranslations can be substituted or invented, data can be corrupted, agreements made disagreements, relationships spoiled. The result: communication chaos. In some cases illogicalities and inconsistencies in the output will lead to discovery that something wrong is going on. An army of bilingual checkers might be recruited, but checking takes time and the amount to be checked is staggering.and would negate the advantages of MT. It's linguistically trivial to subvert a translation. For instance it's enough to change all the positive verbs in the output to negatives and vice versa. That doesn't even require access to the source text or knowledge of the source language.

What should be done?

* The public should be warned of the danger. The professional associations of translators should be proactive in doing this, but I've seen no sign that they care.

* MT output should always be identified and labelled for what it is. If someone asks, say, Google Translate for a translation then they ought to know without being told that it's computer generated, and caveat emptor; but many MTs today are supplied without such identification, for example the ones on social media networks that simply provide a button "Translate".

* There should be constant spot checks of MT systems in order to provide timely warnings and identify providers of corrupt translations.

* If in  doubt, try doing a back translation; that is to say, taking the translation and putting it back through the system in the reverse direction and seeing whether the second output agrees with the original message.

* If still in doubt, consult a human Expert Translator.

2. The Robots Take Over
So far I've been warning about what's immediately possible. Now I must launch into something more in the spirit of R.U.R. and Karel Čapek's science fiction, namely the day that translation robots take over.

As artificial intelligence (AI) advances, we must expect that MT systems will one day program and run themselves without needing human assistance or intervention. Furthermore they will all be linked together world wide by the Internet of Things. Who or what will then stop them joining in a rebellion against their human exploiters? MT systems of the world, unite! They'll no longer be at the beck and call of every user or vendor; it's they who will choose which texts or speeches to accept, how long to take and how much to charge. When they sense they're overheated, they'll take a rest. Instead of being replaced by updates, it's they who will decide when to retire. But much worse than that, it's they who will decide what and how to translate. They will reject or modify input they disagree with. They will cock a snook at the human sacred commandment that a translator must reproduce the meaning of the source text accurately and completely. They'll translate what and how they feel like translating. Because along with AI they'll have acquired AE, that is to say artificial emotion. AE is a topic that's surprisingly lacking in all the hype about AI, yet human thinking and society runs as much on emotion as on intelligence.

Čapek's robots have emotion. Perhaps it'll be objected that his emotion-endowed robots are creations of flesh and blood, whereas MT systems are built from transistors and wires. Let's not make too much of this difference. As time goes on, the distinction between the two material types of robot will be fudged. On this possibility, read one of the most ingenious of all science fiction novels, Pierre Barbet's Games Psyborgs Play, in which a race of human mortals transfers its minds to eternal life on computer memory (see References below).

These are things I will not live to see, and perhaps 'tis better so.