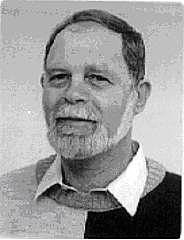 The notion of  norms in translation was introduced by an Israeli translatologist, the late Gideon Toury, in the 1970s. The term refers to regularities of translation behaviour within a specific sociocultural situation. In 1990, by way of thanking him for his early support of the natural translation hypothesis, I sent him a short article for publication in his journal Target asserting that there are also norms in interpreting (see Sources below). Today nobody would doubt that there are such norms, and they are among the things translation students have to learn. However, natural translators may not be aware of them. For instance, they may not be aware that according to present-day norms nothing they invent themselves should be added to a translation.

Among the norms there is one whose raison d’être I understand but which I find irksome. It’s the norm that stipulates that the translator must only deliver one translation to the reader-lisener. I don’t know a term for this, so I’ll call it translation singularity. It’s irksome because, as all translators know in their head or heart, there’s almost always more than one possible translation, whether it be for a single word or for a whole book. But translations that list alternatives are not acceptable. For example, for French Bonjour! an interpreter may say Good morning! or Good day! but not Good morning or good day! Why not? This norm perhaps derives from another one, which is that a translation should read or sound like an original; and we don’t permit such dithering in our original speech. If we did, it would take more time to decode what we hear or read, and moreover it would displace part of the translation process from the translator to the reader-listener. We want the translator to decide for us. In the above simple example the additional burden would be minimal, but not so in a whole text.

In the early days of machine translation, faced with the impossibility of the system deciding correctly which of two translations to use, some programmers did in fact list both. So Bonjour! would translate as:
Good morning!
day!
But the solution never caught on, and today’s programmers never even think of it.

True, there are as always some exceptions. However, when some scholarly consideration makes it imperative to give the alternatives another norm intervenes and requires that they be put in a footnote.

Now here’s an example that’s more advanced because it involves a difference of meaning and of knowledge beyond the linguistic meaning.  It’s an example that occurred in a machine translation demonstration back in 1970.

Let the source sentence be John met his father at the airport, and let’s translate it into French. There are at least two possibilities: John a rencontré son père à l’aéroport and John a accueilli son père à l’aéroport. The difference between them is that rencontré implies the meeting may have been by chance, whereas accueilli implies that it was intentional. A human translator who knows the circumstances can choose between them; but MT systems are not endowed with that kind of information and so their output should logically be: John a rencontré ou acceueilli son père… At this point, however, singularity intervenes, and the result is that all the MT software I’ve tried it on renders it as either one or the other.

Singularity isn’t the only norm that I find irksome. For instance, why should a text for bilingual speaker-readers be composed in only one of their languages? Why shouldn’t Canadians emphasize cultural unity by singing in a combination of languages? (The original lyrics were in French, so the English is a translation of sorts.) There actually are bilingual versions, something like

but anybody who sang them would be regarded as cranky.

However, I digress. Here’s a more relevant question.

Posted by translatology at 12:28 PM 3 comments:

There’s been a puzzling spike in requests for one of my papers. Its title is From Fairy Tale to Pantomime and it can be accessed on my Academia page at https://independent.academia.edu/BHARRIS or by clicking [HERE]. In recent weeks Academia has been informing me that it’s my most popular paper, and the requests for it come from many parts of the  globe: just yesterday there were two from the USA. Of course there’s a lot of ‘noise’ in answers to browser searches and so some of the searchers were probably not really searching for my paper. But what particularly surprises me in this case is that it was written for Christmas season reading. It traces some popular folk or fairy stories not only through translations but also through adaptations to other media like film and theatre. Then I saw the title of a new book series from the University of Leuven Press in Belgium, namely Translation, Interpreting and Transfer. The  publishers state that it

It makes me wonder whether there’s a new interest in transfer and whether transfer is similar to what this blog has elsewhere called conversion.

It was the search for this higher-order transfer of thought and emotion, and the proposition that we inherit the capacity for this rather than for the more specific lingual translation, that led me to offer conversion as a term for it in a 2016 post where it was defined as follows:

Conversion is the passage from a mental representation to another that preserves the information and feelings from the former which the converter wishes and has the capability to preserve.

(To retrieve the post, enter conversion in the Search box on the right). So is the Leuven term transfer synonymous with conversion? We’ll have to wait and see what the new series produces.

Sources
Roman Jakobson. On linguistic aspects of translation. In R. A. Brower , ed., On Translation. 1959, pages 232-239. Full text at https://complit.utoronto.ca/wp-content/uploads/COL1000H_Roman_Jakobson_LinguisticAspects.pdf or click [HERE].

Image
Roman Jakobson as he was when I saw him in Montreal around 1970 at a reception hosted by the Polish-Canadian linguist Irena Bellert.
Source: Pinterest

Posted by translatology at 7:37 AM 2 comments: