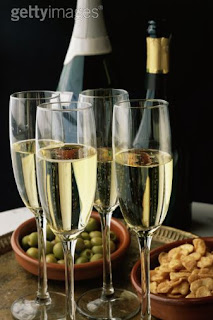 This is the 201st post on this blog. It was to have been the 200th, but the event reported in the previous post intervened unexpectedly to make it the 201st. Never mind, there’s still time to celebrate it with Spanish champagne (aka cava).

201 posts at a conservative average of 600 words each makes 120,600 words. Not all mine of course. I quote and paste extensively from other people, so probably no more than half – 60,000 words – are actually mine. But it’s quite a body of material and I need the Search box myself to find my way around it. No wonder I’m getting the keyboard equivalent of writer’s cramp; and unfortunately my little netbook is far too small to run efficient dictation software. (Why a netbook? Because it’s ultra-portable and space saving, communicates by wi-fi and, at 200 euros, it’s fantastic value for money.)

So I’m going to take a break. Not for very long. I already have things in mind for Christmas and New Year. And not a holiday: I have other pressing work to attend to, some of it very overdue. I’ll still sporadically answer comments and correspondence.

Not that there’s any lack of material for this blog (and I thank again all those who’ve sent me contributions). Like translation itself, it’s all around us. The wonder is that nobody else seems to be blogging it.

I have to start preparing for 2012. The First International Conference on Non-professional Interpreting and Translation at Forli, Italy (website http://npit1.sitlec.unibo.it/ ) is still six months away, but the months whizz by. I’m looking forward very much to meeting some of you there in the flesh.
Posted by translatology at 5:49 AM 1 comment:

The dementia-stricken Englishman for whom I’d been interpreting Spanish with doctors and caseworkers for more than a year – it seems longer – died unexpectedly yesterday. For the whole story, enter Cullera in the Search box on the right.

I’d come to think of him as a close friend. Probably that’s an effect liaison interpreting has on you if you do it for the same person for a long time. After all, you share the person's thoughts, even if they‘re chaotic. To the end, he still recognised my wife and me even though he couldn‘t remember our names, greeted us warmly and thanked us.

In the course of it, I’ve learnt the rudiments of medical and social services interpreting, but also about dementia (of which Alzheimer’s is just one variety) and what a terrible, exhausting disease it is not just for the victims but also for their families and other care takers. It turns knowledgeable, capable, life-hardened adults back into young children who must be watched over day and night. It nearly killed this man’s wife. For the time being, I’ll still be interpreting for her.

If you get a chance to see it, there’s an inspiring Catalan film about Alzheimer’s. It features Pasqual Maragall, who was Mayor of Barcelona at the time of the Olympic Games there and is now stricken but is determined to fight it for as long as he can with the help of his family.

Reference
Bicicleta, cullera, poma. A documentary film by Carles Bosch. Barcelona, 2010. 96 minutes. In Catalan, available with Spanish and English subtitles. English title Bicycle, Spoon, Apple, from the three words a patient is asked to remember in a diagnostic test.
Posted by translatology at 9:25 AM No comments:

“Anything you say… may be used in evidence.” 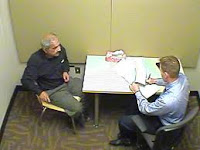 Long-time Followers and other readers of this blog will remember previous posts about the interpreting at the drawn-out series of hearings in Canada for members of the Shafia family. They are Afghans, up on a charge of murder for an alleged honour killing. (I’m avoiding the presumption of guilt and motivation that most of the media make). To find the previous posts, enter shafia in the Search box on the right. Now the case has finally come to trial. On the language side, some things have improved since the early days: the courtroom installation for the interpreters has been made less flimsy and some of the press correctly identifies the defendants’ language as Dari, not Farsi.

One might think that by now there would be nothing new to report about the interpreting, but in fact several points of interest have already come up in the most recent accounts from court reporters Christie Blatchford and Rob Tripp. (Christie’s ‘human interest’ style sometimes irks me – why should she mention that “his voice was soft, and he spoke slowly for the female interpreter”? – but she does have an eye for detail.)

* During the preliminary process of selecting jurors,

“A significant number of prospective jurors were rejected because they admitted they had hearing difficulties. The judge cautioned that because of the technology and the complex interpretation process, jurors must have good hearing.”

I don’t know why it should be harder to hear an interpreter than to hear the witness directly; indeed the use of headphones for the simultaneous interpreting ought to make it easier if the equipment is up to standard. But it’s an interesting new juror requirement.

* The police interrogations of the accused were videotaped. One of the interrogations took place entirely in Farsi (Farsi and Dari are closely related) and that taping has been introduced as evidence:

“The video played in court featured English subtitles. Jurors also had a transcript.”

This is the first time I’ve heard of prior subtitling of testimony and of jurors being provided with a prior written translation. Plainly the prosecution are being innovative in their measures to avoid any evidence being contested.

* What I find most interesting, though, is what we know from the videotapes went on before the trial, in the police interrogations of the defendants. The most successful interrogations, from the viewpoint of the prosecution, were not through an interpreter but by two police officers who speak Farsi as first language. One of them was “a trained interrogator and major crime investigator.” When interviewing the sole female defendant,

“he both spoke softly to her and flat out called her a liar, invoked their common religion, praised her role as a mother, twice put a comforting hand on her shoulder.”

This could hardly have been done through an interpreter respecting the conventional norm of interpreter neutrality. It would have required the policeman and the interpreter to work together with a common purpose.

In any case, the Farsi-speaking officers only appeared on the scene some while after the investigation had started, because they had to be borrowed from another police force in a distant part of Canada. At the very start it was a local Anglophone police officer named Dempster who did the first interviews, before they had become interrogations of suspects. He immediately phoned for and obtained an interpreter. During his first interview with the head of the family, “Shafia was by turns impatient with the translator and Dempster.” This illustrates the difficulty someone may have in keeping the personality of the interpreter separate from that of the person for whom the interpreter is speaking.

Police interpreters are an essential aid and there are many of them, either regulars or ad hoc. They are involved in crime work long before the court interpreters; and probably more often, because a case may never come to trial or a witness may never be called. But inevitably they work in the shadows. For that reason they might qualify for my category of unrecognized translators. Unlike court interpreters, their work isn’t subject to the scrutiny and checks that apply in open court; although when “anything you say will be taken down and may be used in evidence,” their accuracy is just as crucial. What is taken down, after all, has long been what the interpreter says – though that may change with videotaping, subtitling and translated transcripts.

Image
Mohammad Shafia on June 30, 2009, at the Kingston Police Sation. The interpreter is out of sight on the right. Source: full comment.national post.com.
Posted by translatology at 4:11 AM 11 comments: