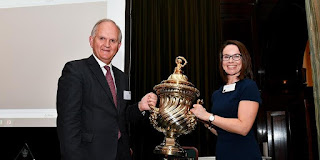 The Chartered Institute of Linguists (CIOL) is the UK's most prestigious association of Expert and Professional Translators, Interpreters and Language Teachers. It's the most prestigious for several reasons. For one thing, it's the oldest, having been founded in 1935 by a visionary, Sir Lacon Threlford, who saw the importance of languages for business and government. Second, its examinations and qualifications are internationally recognised. (I was a Fellow of the CIOL myself for many years.) And last but not least, it's constituted by Royal Charter, a document issued to a select few by Queen Elizabeth II – and the British go bonkers over anything Royal.

At the opposite pole of professionalism stands the Young Interpreter Scheme (YIS). This is an organisation, indeed a whole movement, sponsored by one of the education authorities in Southwest England, that exists to help integrate pupils whose first language isn't English. There are hundreds of thousands of them in today's UK schools. The youngsters who enter it are given guidance but they aren't trained interpreters and they aren't remunerated. However their tasks inevitably include a good deal of interpreting between their peers and between pupils and school staff. YIS and its life and soul Astrid Dinneen have been commended many times on this blog; to find the posts, enter YI in the 'Search This Blog' box on the right.

Now the two have come together brilliantly. The CIOL has awarded YIS its most outstanding annual recognition, the Threlford Memorial Cup. Congratulations to YIS for its exemplary work and opportunities for young Natural Interpreters, and to the CIOL for recognising it.

Posted by translatology at 9:18 AM 4 comments:


Three posts ago I introduced the term translational licence (TL) to mean the divergences from the source text that are commonly allowed to translators (accidental errors and omissions excluded). To retrieve the post, enter licence in the 'Search This Blog' box on the right. Recently a friend who's a skilled literary translator told me that she makes "small corrections for greater acceptability," It's a good example. A lot of emphasis is put in the translatology literature on closeness to the source (aka fidelity, completeness), and students and examination candidates are penalised for not achieving it. But they aren't taught about the ways, nor to what extent, they may overrule it.

Admittedly there are circumstances where there is no such licence. When I was translating medical school transcripts they were vetted for any discrepancy, and the slightest difference would result in my translation being sent back to me. But those texts were exceptional because of their legal implications, and a far cry from everyday messages or the creative art of literary translation.

Moreover the degree of licence varies not only with the type of text but also according to the culture and the times and even with the type of reader. As T. S. Eliot said, "Each generation must translate for itself."

Now let's take a look at another application of TL: conference interpreting. I learned the hard way that it operates there too, and here's how it happened.


I was interpreting at an international conference of journalists in Ottawa. After the plenary, the participants split up into small groups in side rooms that were not equipped for simultaneous interpreting. The interpreting therefore had to be done in consecutive. I was assigned to a group that was addressed in French by a lady journalist from France. She spoke for about ten minutes. As I had learned to do, I took notes of what she was saying. She was a perfect speaker from my point of view: clear articulation, logical and not too fast. So I was able to note down everything she said. When she'd finished, I took my notes and translated them all. It likewise took ten minutes. Then I turned to her, expecting her to be pleased. Not at all. On the contrary, she scowled and hissed, "Mais monsieur, vous n'aviez pas besoin de dire tout ça!" (My dear sir, you didn't have to say all that again.) I was deflated. But later I had an opportunity to speak with her, so I asked her what I ought to have left out. She replied, "Vous êtes interprète. C'est votre affaire." (You're an interpreter. It's up to you,)

That day I learned that conference interpreters have a licence to abbreviate provided the omission doesn't disrupt the message. And thus I would teach my students to do so. For example, I taught them that if the speaker gives three examples of something, it's probable most of the audience is only paying attention to two of them and so the interpreter can skip the third. In simultaneous interpreting, this is a useful 'trick of the trade' for keeping up with the speaker.

Lest you think my experience was unique, let me add that a university colleague of mine, a senior Canadian parliamentary interpreter, used to reduce the mark he awarded if a student's consecutive interpretation wasn't substantially shorter than the original.

Every interpretation teacher gets asked what to do if the speaker utters something insulting, vulgar, obscene or blasphemous. In court interpreting, it must be reproduced whatever the interpreter feels about it. But the conference interpreter has licence. There the interpreter should follow his or her own standards and conscience and avoid aggravating bad feelings.

Though TL is forbidden in some contexts, it's so prevalent that it qualifies as a quasi-universal of both written and oral translation.