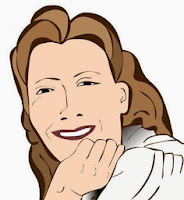 Posted by translatology at 2:16 PM 3 comments:

The competition announced for January has been postponed to February. 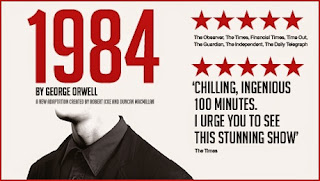 A book I've been delving into (see Sources) and an article I'm composing myself both use the terms translation and adaptation. This obliges me to consider what the differences are between the two terms.

Amongst academics, the old study of translation has now been joined by a new branch, adaptation studies:

"In recent years, adaptation studies has established itself as a discipline in its own right, separate from translation studies. [But though] the bulk of its activity to date has been restricted to literature and film departments… it is, however, much more interdisciplinary."

At a superficial level, it can be treated as a matter of English collocation. We generally see, for example, stage adaptation (or version, which is a synonym of adaptation) or screen adaptation, often without a change of language, rather than stage translation or screen translation. (I myself once acted in a stage adaptation of Pride and Prejudice!) But of course there's more behind the words.

To start with, adaptation certainly is the appropriate word when there's a change of medium or genre, irrespective of language. Thus a screen adaptation is


"a cinematographic interpretation of a work from another art form – prose, drama, poetry, song or opera or ballet libretto."

Whereas translation requires a change of language. So the final product can be both a translation and an adaptation: a tradaptation (yes, the word exists!). There are examples of it my article.

An enduring example of genre adaptation is Charles and Mary Lamb's Tales from Shakespeare, written in 1807 and still in print in several editions (see Sources).

"The book reduced the archaic English and complicated storyline of Shakespeare to a level that children could read and understand."

It came to be regarded as a work of literature in itself, but of children's literature.

However there's still more that's important, and the most important of all is that the concept of adaptation allows for changes in the content and style of the original that would be unacceptable in a translation; in other words for a much wider difference between the two that goes beyond the wording, and hence for a far more radical and unchained intervention by the translator/adapters. A glaring example of this is the adaptation of Aladdin for the British Christmas theatre For over two hundred years now, since 1788, Antoine Galland's original French text (itself a translation from Arabic) has been variously translated and adapted for the stage, modern music and topical jokes added, transgender dressing introduced, etc. The pantomime is a mishmash parody of the original Middle Eastern folk tale.

In any case the boundary between translation and adaptation has shifted over the centuries. Chaucer recognised both of them in his famous 14th-century retraction at the end of The Canterbury Tales, where translacions contrasts with enditynges:

"Wherfore I biseke yow mekely, for the mercy Of God, that ye preye for me that crist have Mercy on me and foryeve me my giltes; and Namely of my translacions and enditynges of Worldly vanitees."

Yet all his many borrowings from French, Italian, etc. are adaptations in the modern sense. Indeed Chaucer often combined several sources in his re-tellings. Not that the concept of close translation didn't exist; but in Bible translation or legal documents, not literature. For his sake and for the sake of other adapters, we hope God forgave him.

Brunilda Reichmann Lemos (Universidade Federal do Paraná). Some differences between Boccaccio's and Chaucer's Tales of Griselda. No date.
http://ojs.c3sl.ufpr.br/ojs/index.php/letras/article/viewFile/19378/12656.

My own article, Translation and Adaptation for the British Christmas Theatre, will be available shortly on my academia.edu page.

Posted by translatology at 4:34 AM 9 comments: