Today the 4th International Conference on Non-Professional Interpreting and Translation (NPIT) opens at Stellenbosch University near Cape Town. and lasts for three days. It covers many of the topics treated in this blog. The programme is available by clicking [here] or going to http://conferences.sun.ac.za/index.php/NPIT4/index/pages/view/Programme.

As usually happens at such conferences, a few papers creep in that seem to have little to do with the subject. For instance the opening paper Generativity and the Practice of Translation; but appearances can be deceptive. As a whole the papers are wide ranging and draw attention to NPIT in Africa, though I would have liked a balance that had more from the wide world beyond Europe and the USA. One of the pioneers of dialogue interpreting studies, Cecilia Wadensjö of Sweden, is participating.

One paper in particular seems relevant to a topic that was raised on this blog only a few weeks ago and was dubbed inverse child language brokering. (To retrieve the post, enter inverse in the Search box on the right.)  It's the paper by Elena Garcia Gandia of the University of Nevada and graduate of my neighbour the Jaime I University at Castellón de la Plana (see below.)

To anyone at the conference who may happen on this post, my best wishes for a happy stay in South Africa.

Reference
Elena Gandia Garcia. Evaluating the  training needs of ad-hoc interpreters working with unaccompanied minors who seek asylum in the US. Paper to the NPIT4 Conference, Stellenbosch, 2018.

Posted by translatology at 6:06 AM 7 comments: 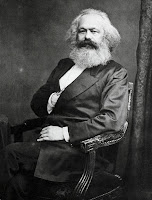