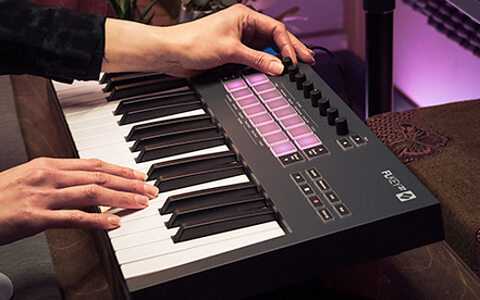 Back in 1988 I published one of the earliest articles on the alignment of translations with their originals (see Sources below). I was not the only one to think of it about that time but I did have one distinction: I proposed a term for it, namely bitext. More precisely bitext was defined as

“bilingual hypertext stored in such a way that each retrievable segment consists of a segment in one language linked to a segment in the other language which has the same meaning.”

This technique soon turned out to be of great practical importance because it provided the data required for the statistical machine translation that made MT popular. However, the psychological implication of bitext which had been mentioned in the 1988 article, that is to say the simultaneous presence of the two texts in the working translator’s mind, was overlooked.

According to the natural translation hypothesis (NTH) and some  semioticians, language translating is not a basic human competence but a specialisation of a more general competence that in NTH we call conversion. Conversion is the ability to transform any form of expression of ideas and sentiments into any other form and moreover to conduct operations on it, such as summarising, during the conversion. Since conversion ability is universal, it is predictable that there are other forms of expression that can be organised in a way analogous to bitext. One of them is music.

Music in this post is shorthand for western classical music.  That kind of music has been recorded for centuries in a code or notation with a rich vocabulary of symbols like breves and crotchets augmented with a few natural language words, mostly Italian, and a syntax displayed on staves for joining them. We will refer to it here simply as notation. Notation offers an advantage over the natural language wording of bitext. Whereas language wording has to be chunked into convenient translation unit segments by complicated computing, music notation already has its chunking prescribed into units called bars.

These days conversion from notation to MIDI sound in the form of a MIDI file can be performed automatically by software like ScanScore (see below); moreover ScanScore is reversible. But in this post we are concerned only with human conversion.

The human conversion from notation to sound is not direct. First the notation must be perceived and decoded. Then, more important, it must be converted to muscular code. This code directs the performer’s fingers, lips, feet, etc., and vocal tract in the case of singers. There’s a developmental progression in which the conversion begins consciously but becomes internalised and intuitive with practice. Here’s Werner Goeble’s description of how it works in the case of pianists:

“Pianists achieve extreme levels of virtuosity on their instrument, requiring a combination of talent and decade-long continuous and deliberate practice, training, and experience. As with all musical behaviors, body movements in piano performance are goal directed, aiming at producing intended sounds with utmost precision and accuracy in expressive parameters such as timing, dynamics, timbre, and articulation. Body movements in piano performance may also serve communicative purposes such as to express emotional states or to coordinate with co-performers. Pianists control the timing and chain of velocities of the individual piano hammers by varying the forces applied to the piano key surfaces, as well as to the three pedals through their feet. The key forces are accomplished by coordinating the kinematic chain from their shoulders to the fingertips aligned with feet movements to manipulate the pedals. As kinematic properties such as finger velocity covary with performance parameters (tempo, dynamics, etc.), pianists have to stabilize several parameters of movement kinematics and musical expression simultaneously. The intrinsic way the fingers arrive at the piano key surface, referred to as piano touch (i.e., pressing versus striking a piano key), yields different tactile and other sensory percepts to the pianists themselves and the audiences alike, making this parameter an important one in accomplished piano performance.”

Finally the music arrives at the outcome of the chain of conversions as structured sound. Note that music is not just sound but structured sound. That’s the other half of bi-music. We need to have it in a stable form that can be recorded, stored and processed. One such medium is MIDI files but there are others.

So now we are ready to offer a definition of bi-music. It would be as follows:

Bi-music is music in standard music notation and chunked into bars, coupled with a MIDI or other sound recording of the same music and stored in such a way that retrieving any bar of the notation automatically retrieves also the corresponding MIDI or similar segment; or vice versa.

Would it be of any practical use? Perhaps more to musicologists and copyright lawyers than to musicians. However, when bitext was introduced, though it had a practical purpose it was not immediately obvious how very useful it would be.

Werner Goebl. Movement and touch in piano performance.  In B. Müller and S. I. Wolf (Eds.).Handbook of Human Motion, Berlin: Springer, 2017, pp. 1-18. Available from https://www.researchgate.net/publication/314269464_Movement_and_Touch_in_Piano_Performance.

For the Natural Translation Hypothesis and conversion, enter tenets in the Search box on the right.

Posted by translatology at 1:31 AM No comments:


Despite the pandemia another year has passed of translation competitions for secondary school students.

The biggest of these competitions, which we have reported on several times in this blog, is the Juvenes Translatores, organised and funded by the Directorate-General for Translation of the European Commission across the whole European Union.

“The Commission has been been organising the Juvenes Translatores (Latin for ‘young translators’) contest every year since 2007. Its aim is to promote language learning in schools and give young people a taste of what it is like to be a translator. It is open to 17-year-old secondary school students and takes place at the same time in all selected schools across the EU. The contest has inspired and encouraged some of the participants to pursue their languages at university level and to become professional translators.”

The judges are drawn from the Commission’s professional translators, so the standard required is high. Contestants can choose any combination of EU official languages. The organisation required is necessarily elaborate since there are 27 countries in the Union and all the countries submitted entries. However, there’s a striking absence this year. It’s the United Kingdom, previously a strong supporter but now a victim of Brexit.

Yet the British are perhaps not losing out, because now they have their own annual competition since 2020. It’s the  Anthea Bell Prize for Young Translators based at The Queen’s College, University of Oxford. (Anthea Bell, an Oxford graduate, was a well-known literary translator who gained popular recognition for her ingenious translations of the Asterix comics.) The Oxford prize has an advantage over the European one: it’s open to students from age 11 to 18. On the other hand the languages are more restricted: namely French, German, Italian (new), Mandarin and Spanish. The texts can be poetry, fiction or non-fiction.

And there are other school translation competitions that we don’t have space to describe here, for example the ones at the University of Sheffield for Year 12 and Year 13 students. In fact such competitions are becoming fashionable in the UK now that translation has once again become part of the General Certificate of Education.

We can draw several conclusions from these competitions.

a)      Their aim is not translation in itself but as an aid to language teaching.  “By providing teachers with the tools they need to bring translation to life, we hope to motivate more pupils to study modern foreign languages [MFL] throughout their time at school and beyond.”

b)      For the Anthea Bell prize, “over 500 schools from across the UK registered for the prize resources in the first year (2020-2021), with 200 selected to take part in the final competition phase.” This is astonishing. It means that translating is still widely used in language teaching in schools in spite of the strictures against it.

c)      There seems to be no difficulty recruiting contestants for either the British or European competitions. This suggests that translating is seen as a pleasurable activity by many teenagers – perhaps as a game akin to solving crossword puzzles. One teacher says, “These are my first thoughts about the benefits of teaching translation - I have been developing translation with my classes and most of my students love it - nearly as much as I do!”

d)      It should not be thought that these students are naïve natural translators. They are teen-age students, many of them in the top years of secondary schools in their respective countries. As such, and as I know from my own school days, they have undoubtedly had some elementary instruction and exercises in translating as part of their language courses.

European Commission.  Jovenes Translatores, a competition to reward the best young translators in the European Union. 2022.J
Posted by translatology at 6:43 AM No comments: