For the original post, enter nutcracker in the Search box on the right.

At Christmas time this blog used to carry histories of fairy stories that had been transformed, first by translation and then by adaptation, from their original languages and versions into a sometimes ignominious adaptation for the British Christmas stage as pantomimes. One of them was Nutcracker, which had however the good fortune to be turned from a story by the German Romantic author E T A Hoffman (published 1816) into a much loved ballet for children. A recent article by Sarah Ardizzone, an award-winning translator of French children's books, tells a very different but no less fortunate history of Nutcracker in French.

She begins by telling us, in effect, that Hoffman's story itself had an element of adaptation:

"We can trace accounts of wooden nutcrackers springing to life in the folk taes of Bohemia, Poland and Muscovy. It was on this folklore that ETA Hoffman drew… pitted against the bourgeois values of 19th-century Bavaria, which reshaped the tale."

Then she goes on to trace the French translation:

"With its toy soldiers and sugarplum fairy who come to life on Christmas Eve, The Nutcracker has come to sum up the magic of the festive season. But there is a darker history to the story, and the French writer Alexandre Dumas was just one of the storytellers who was entranced by it...
Dumas's wife, the actress (born Marguerite-Josephine Ferrand) is credited with translating [it] into French. Dumas himself then adapted it, introducing a framing device and restoring the tale to its original storytelling tradition. Our narrator is tethered to a chair in the boudoir of a French children's party and the society brats refuse to untether him until he has told them a gripping story. Enter Hoffman's Nutcracker, with exceptionally high stakes. It is as imperative for Dumas's narrator to hold his audience's attention as for Scheherazade.
"Dumas's version is famously more saccharine than Hoffman's lugubrious tale, and when Tchaikovsky was commissioned to compose the score for a libretto by Marius Petipa [the choreographer of the Imperial Russian Ballet], he was unhappy that Petipa had adapted it directly from Dumas."

The moral of this tale is that translations of literature are like children of their originals. They live in another culture and, like children, they may well grow up to be quite different from their parents and from one another.

References
Sarah Ardizzone. The story of The Nutcracker - in pictures. The Guardian, 24 December 2015. It's worth going to the original publication to see the illustrations. Click here. or go to
http://www.theguardian.com/books/gallery/2015/dec/24/the-story-of-the-nutcracker-in-pictures

Two other stories whose metamorphoses have likewise been described on this blog are Charles Perrault's Cinderella and Sleeping Beauty. To find them, enter perrault in the Search box. By magical coincidence, on the very day that I'm writing these lines (12 January 2016) the banner on the home page of Google is celebrating the 300th anniversary of Perrault's birth. Writers of his vintage never die.

NPIT3, Winterthur (near Zurich), 5-7 May 2016
International forum for Non-Professional Interpreting and Translation, the latest paradigm in translation studies. http://www.zhaw.ch/linguistics/npit3.
Posted by translatology at 7:59 PM 1 comment: 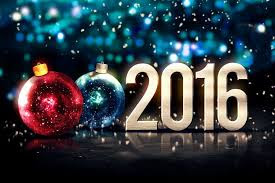 A HAPPY NEW YEAR TO MY FOLLOWERS AND ALL MY OTHER READERS!

2015 was bad for me, as you know if you've been following the blog through the year. I owe a lot of apologies to people I let down when illness struck. Now that I'm recovering, albeit very slowly, I'm hoping 2016 will be a catch-up year.

When I began looking at Natural Translation in the 70s, the idea that translating could be done without training or professional qualifications was anathema to my colleagues. Even by 2009, when I started this blog, the literature on untrained, intuitive translation was infinitesimal compared to the flood of writings about what I polemically called "the icing on the cake": that is to say, all the skilled literary, legal, religious, etc. translating and its practitioners. To my mind the turning point came when Rachele Antonini organised NPIT1, the First International Conference on Non-professional Interpreting and Translation, at Forli in 2012. That was recognition. Now we're coming up to NPIT3 this year. Non-professional translation is not the same as natural translation, but it's a step in that direction. As a distinguished reader has just written to me, "The work that started several years ago is paying off today."

NPIT3, Winterthur (near Zurich), 5-7 May 2016
International forum for Non-Professional Interpreting and Translation, the latest paradigm in translation studies. http://www.zhaw.ch/linguistics/npit3.
Posted by translatology at 1:08 AM No comments: