Today, 29th May, the Second International Conference on Non-Professional Interpreting and Translation opens at Germersheim in Germany.

Greetings to everyone there, and especially to those of you who, thanks to Rachele Antonini, I was able to meet in person at Forli.

I see there are 69 papers on the programme (it’s at http://www.fb06.uni-mainz.de/ikk/439.php) and they cover a wide range of settings. The success of the conference is assured. I’m glad to see that the East Hampshire Young Interpreters, so often featured on this blog, are represented; and that Jonathan Downie has obtained adequate space for the church interpreters.

Still you are the Pioneers. Give or take another 20 years and the rest of the Translation Studies community will/may/should have caught up with you. It’s now over 100 years since Jules Ronjat published Le développement du langage chez un enfant bilingue and nearly 40 since I published The Importance of Natural Translation, so it’s about time.

Posted by translatology at 5:10 PM 2 comments:


People tend to associate Natural and Native Translation with children and young people. Perhaps because they regard them as mere stages towards the achievement of Expert Translation, which is wrong because they are useful and much used in themselves. Moreover, the Natural Tanslation Hypothesis predicts that bilinguals may go through them at any age. So it follows that while children commonly develop their translation ability by following the example of their parents, the opposite may occur.

The East Hampshire Young Interpreters movement, which has had considerable success encouraging children to translate in UK schools, has now launched another pioneering venture: that of getting the parents fo join in. The scheme has been tried out at Fairfields Primary School in Basingstoke.


“The group of parents who volunteered to take part in the Parent Interpreter pilot completed their training before the Easter holiday. They received their certificates and even their very own kits containing their ground rules, fans, stickers, notepads and pencils to help them support pupils in the school. The group comprises native speakers of English as well as bilingual parents. This term, the Parent Interpreters are supporting pupils in lessons and meeting regularly to catch up and review the progress of the children. Congratulations on their hard work!

“Are you interested in setting up a Parent Interpreter scheme at your school? If so, please contact Hampshire EMTAS for more details.”

For more about the Young Interpreters, enter emtas in the Search box on the right or click here. 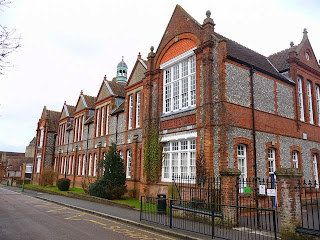 Image
Fairfields Primary School, Basingstoke. As the image suggests, it's the oldest school in Basingstoke; but the exterior belies the modern education within. © Copyright Chris Talbot and licensed for reuse under a Creative Commons Licence.
Posted by translatology at 6:19 PM 1 comment:

Symposium on the History of Interpreting

The First International Symposium on the History of Interpreting is scheduled to take place at Rikkyo, Japan, next Saturday and Sunday, May 24-25.

As it’s only a short event with select invited speakers, one can’t expect too much of it. The topic is a vast one. Nevertheless, there’s something about the programme that disquiets me greatly. It’s that although considerable amounts must have been spent on bringing the distinguished invited experts from round the globe and the hosts are Japanese, there’s nothing about the very interesting history of interpreting in Japan itself. There’s one paper about Taiwan, aka Formosa when it was under Japanese rule, but that hardly counts as Japan. Where were the conference programme organisers sleeping?

Therefore, as a fringe contribution to the conference, I offer my own article from a decade ago about Ernest Satow, the young Englishman who, with his British Foreign Office and Japanese colleagues, revolutionised diplomatic interpreting in that country in the 1860s. You can find an extract and a reference to the complete article at https://independent.academia.edu/BHARRIS or by clicking here.

The Lure of Music 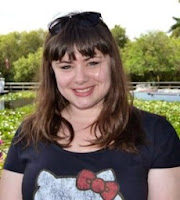 In the far-off days when I was teaching English as a Second Language to French Canadians at the National Film Board in Montreal, I made a powerful discovery. It was really nothing new, but it was new to me; because in that era the fashion in North American TESOL was for boring, repetitious pattern drills. It was that the work which met with most success with my students was learning to sing current popular songs. I used My Fair Lady in the impeccable Received Pronunciation of Rex Harrison. Not only did the students, all sophisticated adults, enthusiastically absorb colloquial English by heart, but it gave them that all-important ingredient: motivation. Everybody has fun singing along. However, due to the colloquial register of the words and the phonetic deformations caused by fitting them to the music, non-natives often have great difficulty hearing and understanding them. Therefore they get a kick out of finally knowing what they are listening to.

I was reminded of this by the following report (with my emphasis).

“I am a 27 year-old with the double nationality French-Spanish. I have been translating professionally since 2011, but the first time I translated something was when I was a kid. My family from France came to Spain and needed an interpreter to follow them around. [This was, of course, language brokering.]

“Then I studied translation at the University of Murcia and I have my Master’s degree from the UAB [at Barcelona] on Audiovisual Translation.

“How did you decide to be a translator? What makes you so passionate about languages?

“When I was 13 I heard a Bon Jovi song I loved very much, and I decided to translate it. I spoke no English whatsoever, but with the help of a dictionary I managed to ‘translate’ it, more or less. I liked it and started to do so with all his albums, the musical Grease, and many other songs. By the time I had to choose a career, I realized the career had already chosen me.”

References
Jovana. This career has chosen me – interview with translator Iris Permuy. Lingoio, 6 May, 2014. Click here or go to Lingo.io/blog/interview-with-translator-iris-Permuy/# N.B. This link has been corrected.

There’s plenty of Bon Jovi on YouTube. Plenty of Rex Harrison in My Fair Lady too.

Posted by translatology at 10:10 AM No comments:

A good source of volunteer non-Expert translators for NGOs is university students. There are plenty of them in most countries who are foreigners or who at least know a foreign language. They aren’t Experts because they haven’t received training and lack experience; but on the other hand nor are they naive Natural Translators. The very fact that they volunteer for translating shows they have some awarenes of it. More than that, however, their migrations and their education will almost certainly have obliged them to use translations and even do some themselves, either perceptibly or in their heads. This is especially true of any language learning courses, because even now the grammar and translation method is still widespread. These experiences place them, on my scale of translating ability development, as Advanced Native Translators. (For the complete scale, enter definitions in the Search box on the right.)

It’s often a form of social service. The latest example to come my way is from prestigious Bryn Mawr College in Pennsylvania.

"Early this academic year we wrote about World Pulse Correspondent Neema Namadamu’s visit to campus as part of Agnès Peysson Zeiss’ Praxis III French course in which students translated blog posts for the organization. We revisited the class in October to get an even better sense of what the students were doing to help women in the Democratic Republic of Congo.

"Now, Seniors Su Oner and Lianna Reed have written a piece of their own on what it meant to work with the women…

"Over the past year, through the Praxis III program…, we have worked as volunteer translators for World Pulse. This semester, six of us have translated four ten blogs a week. Although we are comfortable with our French, it remains a challenge to this day to read and translate Congolese French into English. Many of the women… for many of them, French is not their mother tongue. Our weekly meeting with Professor Agnès Peysson Zeiss focused primarily on understanding challenging blogs so that we could translate them into English. We often come to class with words written phonetically that we cannot decipher. Other times there are idioms and acronyms that we are not familiar with. It all comes together when we post the blogs below the original version on the World Pulse website. We comment under the blogs we translate and interact with these women (in French) through these comments."

Notice this last remark mentions that the translators also comment - something that Expert Interpreters aren't supposed to do according to dogma.

An unexpected mention in this report is Congolese French. All the major languages have varieties and dialects that may be more or less understandable to people brought up on the ’standard’ language taught in schools. Congolese French still bears traces of the country’s colonial past, which has bequeathed it similarities to Belgian French. Canadian French can also be hard for Europeans to understand. We Canadians are sometimes amused to see our films and TV programmes subtitled in so-called International French for export. People can be quite ignorant about dialects. I was once called in to interpret Glaswegian (the English of Glasgow) on the grounds that after all I'd been educated in England. My favourite story in this respect is about how Gaddafi stymied the very Expert Arabic interpreters at the United Nations in New York by addressing the General Assembly without warning in his native Libyan dialect. The problem is particularly acute in court interpreting, as this current example shows:

"Exactly three years after they were arrested at Toronto’s Pearson airport, a pair of accused Jamaican drug smugglers remain unable to stand trial because of a critical shortage of Jamaican Patois interpreters."

Languages of the Democratic Republic of the Congo. Wikipedia, 2014.

Mark M. Orkin. French Canajan, Hé!. 1975. Out of print, but the second-hand copies from Amazon are inexpensive.