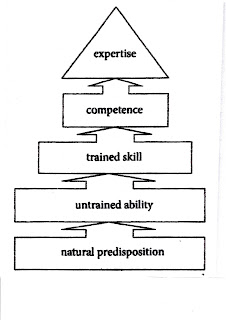 
Followers of this blog know well what child language brokering (CLB) is, but for newcomers we repeat that it's the interpreting done by children and adolescents, typically from immigrant families, for their family members and other close acquaintances. There's a considerable research literature about it, some of which is listed in the Bibliography of Natural Translation (see References)

However there's practically nothing about the opposite situation where it's adults who interpret for children. Yet this raises a number of questions. How prevalent is it? Do the interpreters adjust their language register to match the age of the children, perhaps even using baby talk? Do they edit and censor the content of the message to make it more suitable or palatable for youngsters? Do they add explanations? And so on.

While looking for examples of CLB on YouTube, I was surprised to find examples also of the opposite. Here's one that's delightful. Most YouTube viewers will understandably be fixated on the child in it, but we should also consider the activity of her interpreter, without whom the interview could not have been conducted. To see it, click [here] or go to https://www.youtube.com/watch?v=ucoo-z26E6s.

For lack of an established term for this kind of interpreting, I propose that we call it inverse child language brokering.

Posted by translatology at 8:53 AM 3 comments: