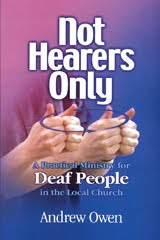 In a post on June 11 with the title The Other Visual Language Interpreters, I described a very complex situation that arose when sign language interpreters and voice interpreters were both in action at the same meeting. Here’s the description of another such event which was perhaps even more complex. It comes from a book by Andrew Owen (see References). Andrew is a Communication Support Worker, supporting Deaf students in secondary schools, colleges and Universities in London UK. He’s is the founder and Vice Chair of the Association of Communication Support Workers. He believes in practical solutions to fit situations irrespective of professional dogmas – or mantras as he calls them.

“An interesting event happened at a church meeting for deaf people in England. A group of Japanese Deaf people was visiting (Japanese sign language is completely different to British Sign Language). A Deaf Japanese pastor was asked to address the meeting. His son was there, a Japanese sign language interpreter, who knew little spoken English. There was another pastor in their party, a hearing man who knew both spoken English and Japanese. The interaction was as follows: when the Japanese Deaf pastor signed, the Japanese interpreter voiced into spoken Japanese; the hearing pastor then interpreted into spoken English; a British interpreter then signed into BSL for the British Deaf people. The story doesn’t end there, because unfortunately some hearing people at the back of the meeting could not hear the spoken English interpretation, so a lady sitting with them who knew BSL voiced over (chuchotage) from the BSL interpretation for their benefit. Also at the meeting was a Deaf man from Ghana. He didn’t understand BSL, so a member of the church (a Deaf man) interpreted from BSL into ASL, the sign language of Ghana. Interestingly, a hearing man in the meeting was taking notes so he was asked for a copy of his notes for clarification. He replied it would be of no benefit, because he had written the notes in his native language, Romanian.”

There’s an important difference between the setup that I witnessed and the one Andrew describes. In my case, all the interpreters were Professional Experts. Whereas at the Japanese-English event there seems to have been a mixture. The Japanese sign language interpreter was no doubt an Expert, and likewise the English to BSL interpreter. The hearing pastor who interpreted from spoken Japanese to spoken English, and the lady at the back of the meeting who shadowed the English interpretation from the BSL interpretation, were probably not. The BSL to Ghanaian ASL was probably not an Expert either. Work it out! The non-Experts were probably Advanced Native Interpreters who happened to be members of the church. I’ll come back some other time to the Romanian.

Term
Chuchotage. A borrowing from French. Used by Expert Interpreters to mean whispering, which is also used as a synonym for it. The interpreter sits or stands next to or right behind the listener or listeners and ’whispers’ the interpretation to them. The interpreting mode may be simultaneous or short consecutive. In practice the ‘whispering’ may be true whispering or may mean speaking sotto voce.
Pros: It needs no equipment and is a natural process, though it requires experience or training to do it well. Unfortunately it’s largely ignored in interpretation courses in spite of its usefulness.
Cons: (a) It must be done quietly enough not to disturb the other people present who don’t want it, and (b) This limits its audience to a maximum of about four persons and an optimum of one.

References
Andrew Owen. Not Hearers Only: A Practical Ministry for Deaf People in the Local Church. London UK and Oberlin OH: Wakeman, 2007. 135 pages, paperback. UK £9.95.
Posted by translatology at 11:30 AM 6 comments:

Over at Blogging about translation and localization, Julie McDonald Dolmaya has concluded her series of posts about crowdsourced translators who have translated for Wikipedia. Most of them are Advanced Native Translators, who declare explicitly that they’ve had no training in translating.

Her final post deals with motivations. These turn out to be complex, and often multiple even in the same person.

“Some saw it as an opportunity to disseminate information about certain language, cultural or religious groups (e.g. Guatemalans, Sri Lankans) to people within or outside these communities; others wanted to give back to communities or organizations they believed in (for instance, by helping other Wikipedians, by giving free/open-source software a wider audience).”

She divides the motivations into two categories, intrinsic (done not for a reward but rather for enjoyment or due to a sense of obligation to the community) or extrinsic (done for a direct or indirect reward).

“But intrinsic reasons seem most prominent. This is undoubtedly why, when respondents were asked to select just one reason for participating in a crowdsourced translation initiative, 47% chose ‘To make information available to language speakers‘, 21% said they found the project intellectually stimulating, and 16% wanted to support the organization that launched the initiative.”

This reinforces what has often been said on this blog, namely that a major part of the translating done in the world, even when it requires expertise, is not done for remuneration, i.e. professionally. And furthermore that a great deal of it is done for personal enjoyment.

I won’t try to summarise more because Julie herself is bringing out an article in The Translator. But The Translator is a conventional academic journal, so we’ll have to wait until next year for the article to appear.

References
There’s a link to Blogging about translation and localization on the right of this page.

For the journal The Translator, go to https://www.stjerome.co.uk/tsa/journal/1/
Posted by translatology at 1:19 AM 1 comment:

Some Reminiscences of Eugene Nida 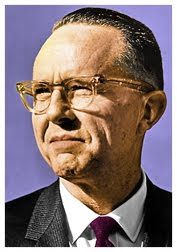 Coming so soon after the death of Peter Newmark (see August 5 post), it's all the more saddening to read that another Grand Old Man of translation studies, Eugene Nida, has passed away too. He was 96. Such was his fame that there were even obituaries of him this week in The Wall Street Journal and The Telegraph! For another obituary, go to the Stine article listed below under References. All the obits highlight that for over 50 years he was the leader of translation activities at the American Bible Society.

He belonged to the great 20th-century tradition of American ethnological and structural linguists, having earned a doctorate in linguistics from the University of Michigan in 1943. This became allied to great effect with his motivation as a Baptist minister to get people throughout the world to read and understand the Bible. This aim of understandability led him to formulate one of the most famous definitions of translation:

"Translating consists in reproducing in the receptor language the closest natural equivalent of the source-language message, first in terms of meaning and secondly in terms of style."

It’s very simple, but it reflects well the dominant expert translation norm of our times (except in the opinion of some literary translators who object to the subordination of style to meaning). Behind it is the concept that Nida himself called dynamic equivalence (DE):

"In contrast with formal-oriented translations [i.e. those that stick close to the form of the original wording] others are oriented towards dynamic equivalence. In such a translation the focus of attention is directed, not so much toward the source message, as toward the receptor response. A DE translation may be described as one concerning which a bilingual and bicultural person can justifiably say, `That is just the way we would say it.' It is important to realize, however, that a DE is not merely another message which is more or less similar to that of the source. It is a translation, and as such must clearly reflect the meaning and intent of the source."

The last quotation is taken from his magnum opus, Toward a Science of Translation, published in 1964. In a recent article (see References), I acknowledged how Toward a Science influenced the coining of the terms traductologie in French and translatology in English in the early 1970s. It’s one of the few books I freighted with me from Canada to Spain, not least for its 55-page bibliography. From the 1960s through the 1980s, there was hardly a thesis on translation that didn't cite it. And of course the book itself was translated. I wrote to Nida from the Middle East to tip him off him that an unauthorised Arabic translation had appeared in Iraq (see References).

The practical realisation of his ideal came in the form of the Good News Bible of 1976.

In addition to his writings, he was a magnetic lecturer who knew how to hold his audience by explaining his ideas to them in crisp English they could all understand and by apt examples. Physically, the word that springs to my mind to describe him is sprightly. As a result, he was in demand as a speaker all over the world until an advanced age. I saw and heard him on numerous occasions, and the last time was at a surprising location: Yarmouk University. Yarmouk University is at Irbid in the north of Jordan, close to the border with Syria. Out of the way, but it had a translation programme. That was in the spring of 1992. ‘Saw and heard him’ in a manner of speaking: actually he didn’t come in person but sent a video of his talk. Looking back through my notes, I see that by coincidence one of the things he said is particularly relevant to the post that immediately precedes this one and its title ‘A Gift for Consecutive’. He told the story of a North American Indian interpreter who had once interpreted a whole lecture of his non-stop and without taking any notes. All 45 minutes of it. It might seem incredible were it not that we have other well-documented accounts of feats like that. Was it because the interpreter had ’the gift’ or was it because he or she came from a culture with a strong tradition of oral messaging and story-telling?

Nevertheless, I only had direct dealings with him on one occasion. It must have been around 1980, soon after my first publications about Natural Translation. He was always open-minded and eclectic – Toward a Science has a chapter on machine translation – and on the lookout for new ideas. So he invited me to give a talk in a symposium he was organising at an American university. I recall with shame that in my enthusiasm I committed the sin of going on speaking well beyond the time allotted to me. But he didn’t interrupt me or reproach me. He was a very courteous person.

References
Eugene Nida. Toward a Science of Translating, with special reference to principles and procedures involved in Bible translation. Leiden: Brill, 1964. 331 p. Second-hand copies from $25 through Amazon USA.

Eugene Nida. Arabic version of Toward a Science of Translation translated by Najjâr in the series 'alkutub almutarjamah (Translated Books). Baghdad: Ministry of Publishing Press, 1975.

Image: Eugene A. Nida Institute for Biblical Scholarship. The portraits accompanying the newspaper obits are more glamorous, but this is more like how I remember him.
Posted by translatology at 5:27 AM 6 comments: