400 Posts and Half a Million Page Views 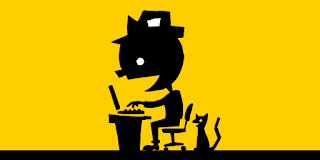 I haven't had time to count them myself, but the Blogger software platform that I use informs me that there are now 400 posts on this blog, all but two or three by me, and that it's receicved no less than half a million 'page views' since it started in 2009.

Half a million is an impressive number but it must  be taken with several grains of salt. Half a million views doesn't mean half a million viewers. And many viewers undoubtedly hit on the blog by chance when they're really looking for something else. They may, for instance, be using natural translation in a different sense than mine. And finally, even if they stop to read a post, they may not like it. Nevertheless, out of half a million there must be quite a few that readers found interesting and even convincing. But I must admit I'm disappointed by the paucity of good comments and discussion.

Perhaps a surer indication of interest is the 229 registered Followers, to whom I'm very grateful for their encouragement. Today, however, they are outnumbered by the 259 Followers of my Academia.edu web page.

Since 2009 there has been an important advance in the attitude to non-professional interpreting and translation (NPIT) among translatologists. The turning point was the international conference that Rachele Antonini organised at Forli in 2012. But it hasn't gone far enough yet, despite a boost from the crowdsoucing that the internet has enabled. The academic literature and the conference agenda is still dominated by Expert Translation. And while NPIT and Natural Translation (NT) overlap, they aren't quite the same thing, because there are still many Professional Translators who are untrained or self-taught and without formal qualifications, and many Natural Translators who fill the large gaps in the services of the Professional Experts.

So my mission of recognition for the importance of NT is not yet accomplished and it won't be in the short working life left to me. Hopefully it will be taken up by another generation.

Posted by translatology at 9:13 AM 7 comments:

The Drama of Catalonia

There hasn't been anything new on this blog for a while because I've been distracted by a major political event close to home, namely the impending declaration of independence from Spain by by the government of Catalonia.

Rather than attempting to analyse the catastrophe myself, I defer to one of the most seasoned Spanish political commentators: Iñaki Gabilondo of the El Pais newspaper and SER TV chain. Those of you who know Spanish can find him from Monday to Friday at https://www.youtube.com/watch?v=sVrd7wkR7Os&list=PLBFqmaTda_wsXLH93ebO8IsXAsxNFz3Xp, but unfortunately very little of what he says is translated into English. Therefore I've done an unauthorised emergency translation of one of his pronouncements last week. Since it's beyond the scope of this blog, I've placed it temporarily on my Academia page, which is https://independent.academia.edu/BHARRIS, or just click [here].  Apoligies for the fault in this link. It's been corrected.

Posted by translatology at 5:17 AM 3 comments: