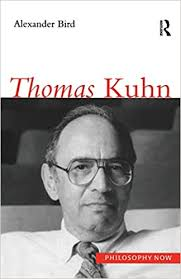 Many moons ago, early in the pandemia, the dean of church interpreting research, Jonathan Downie, in a friendly post on his blog Still Thinking, questioned my calling the Natural Translation Hypothesis (NTH) a new paradigm in translation research. (If you don’t know what NTH is, enter tenets of the natural translation hypothesis in the Search box on the right.) At the time I overlooked it, but now I see that quite a lot has been written about translation paradigms; there are even a couple of YouTube videos about them by Anthony Pym (see Sources). So here’s my point of view.

Research paradigm has two meanings. A strict one based on the seminal book The Structure of Scientific Revolutions by Thomas Kuhn, and a looser one where it is easily confused with category. Branches of translating like legal translation, simultaneous interpreting, etc., are categories, not paradigms. NTH is not a category because it applies to all those branches.

It may be that 50 years ago, when I first formulated NTH, I too confused theory and paradigm, but I wouldn’t do so today. A lot has happened in the meantime. The landscape of translation studies has changed and NTH itself has undergone some development. Today I would say that NTH is a member theory of a broader paradigm. That paradigm has a name: it’s non-professional interpreting and translation or NPIT. Non-professional is a misleading term because of its commercial connotation (like brokering in language brokering)  but such is its usage. Interest in NPIT has surged because of activities such as crowd-sourcing, translating for NGOs and translating video games. Today it has many publications and some international conferences. However, NTH has the distinction that it alone posits translation as a universal inborn and therefore inheritable ability; but NPIT has a descriptive, non-judgemental attitude to translating that accommodates it.

However, it is not enough to say that NPIT is a paradigm. In Kuhn, paradigm is closely connected with another term to form paradigm shift. A paradigm shift is a change in the basic assumptions or paradigms within the ruling theory of science. A scientific revolution occurs, according to Kuhn, when scientists encounter anomalies that cannot be explained by the universally accepted paradigm within which scientific progress has been made. Kuhn argues that science does not progress via a linear accumulation of new knowledge but undergoes periodic revolution in which the nature of scientific inquiry within a particular field is abruptly transformed. Kuhn defines a paradigm as an accepted model or pattern. It is a research mode or pattern which is concluded by a scientific group at a specific time, and in turn, guides their research. According to Kuhn, “a paradigm shift is a change from one way of thinking to another. It’s a revolution, a transformation. It just does not happen, but rather it is driven by agents of change” (Kuhn, 1970, p. 10).

In the case of NTH, the agent of change has been the realisation that a great deal of translating is done by bilinguals who have had no instruction or training for it, many of them young children. In the previous, long-established paradigm, translating was always viewed as an activity conducted by people who had acquired the skill by training or example; in other words a highly cultured activity. However, we cannot claim that there has been a drastic shift from professional translation to NPIT. The old paradigm is still powerful, even dominant; and the most we can claim for NPIT is that it co-exists. (The same is true for another competing modern paradigm, the psycholinguistic one.) The dominance of the old paradigm shows in the flood of academic papers that flows across the internet each day.

By way of illustrating the cohabitation, consider the following.

“Based on an official resolution, Spain’s Foreign Ministry announced an open call (in Spanish) on October 14, 2022 to fill 49 translator and interpreter vacancies... The requirements for each individual post are outlined in the official bulletin. Beyond basic language fluency requirements — which include a combination of three languages, or one ulin our anguage and two variants of another language — an undergraduate degree is required. It can be a bachelor of arts in any discipline or an undergraduate degree in engineering or architecture. A degree in translation or interpreting is not required, a fact that has caused some people to rant on social media.”

‘I am totally outraged to see that, to enter the state’s Translators Corps, any degree will do… So what are we doing training translators and interpreters in our universities? It’s an INSULT.’ — Celia Rico @celiaricoperez.

To which another reader retorts, in the spirit of the newer paradigm:

“I don’t think it’s a bad thing, provided applicants’ abilities are tested properly and we can be sure they are really able to translate. There are top-notch translators who don’t have a translation degree, and there are translation graduates who are hopeless.” — Isabel Garcia Cutillas, who is herself a professional translator.

And so the clash continues.

Posted by translatology at 9:00 PM No comments: