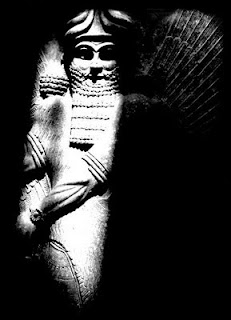 This year’s volume of Babel, the venerable research journal of the International Federation of Translators, starts off with an intriguing and learned article by Caroline Disler of Toronto about the Babel legend. The best-known version by far is the one in the Old Testament. In case you don’t remember it exactly or don’t have a Bible to hand, here’s Caroline’s quotation of it.

Now the whole earth had one language and the same words. And as they migrated from the east, they came upon a plain in the land of Shinar and settled there. And they said to one another, ‘Come, let us make bricks, and burn them thoroughly.’ And they had brick for stone, and bitumen for mortar. Then they said, ‘Come, let us build ourselves a city, and a tower with its top in the heavens, and let us make a name for ourselves; otherwise we shall be scattered abroad upon the face of the whole earth.’
The LORD came down to see the city and the tower, which mortals had built. And the LORD said, ‘Look, they are one people, and they have one language; and this is only the beginning of what they will do; nothing they propose to do will be impossible for them. Come, let us go down, and confuse their language there, so that they will not understand one another’s speech.’
So the LORD scattered them abroad from there over the face of the earth, and they left off building the city. Therefore it was called Babel, because the Lord confused the language of all the earth… (Genesis II:9)

As Caroline comments, “It is a brief uncomplicated tale, surprisingly short for the widespread influence it has had in Western culture.”

“The Hebrew ’original’ bavel occurs over 200 times in the Hebrew Bible. With very rare exception, all the other occurrences of bavel in most English Bibles is rendered by ‘Babylon’, awe-inspiring capital of long-time enemies of the ancient Hebrews… In short, the customary English equivalent for the Hebrew bavel is ‘Babylon’. stemming from the Greek Babylon. That the English translators chose not to follow this convention only in Genesis II:9 remains a mystery.”

Actually not only the English translators but translators into other languages as well. Whatever it was made the translators do that, to me the effect is clear. By using a ‘fictitious’ name and avoiding the name of a real city, they kept the story in the realm of allegory instead of history.

Another surprise is the extent of other ancient versions of the story. One of them is the following.

“The biblical story… was not created ex nihilo. A number of earlier traditions that were committed to writing well before Babel have in all likelihood informed our narrative. Despite widespread debate, most scholars ascribe the date of composition of Genesis to the first half of the first millennium BCE… The Sumerian epic of Enmarkar and the Lord of Aratta describes the conflicts between Enmarkar, legendary king of the ancient city of Uruk (see image), and the unnamed ruler of Aratta. Although the available tablets date from around 2000 BCE, the epic itself was most likely composed centuries earlier… the extant tablets include a passage that bears startling similarities to some themes in the Babel narrative.”


Man had no rival…
The whole universe, the people in unison,
To Enlis in one tongue they spoke…
Enki, the lord of wisdom, the leader of the gods,
Changed the speech in their mouths,
Set up contention into it,
Into the speech of man that until then had been one.

There’s also an Egyptian version in which the god Thoth is addressed as the one “who made different the tongue of one country from another.” Caroline comments, “It is intriguing to observe that divine agency in the differentiation of language appears both in Mesopotamia and in Egypt long before the biblical story of Babel was composed.”

After so much that’s of interest, where I nevertheless part company with Caroline is when she says that

“…we ourselves, as translators, must be prone to a certain disquieting hubris in order to ‘reverse God’s act’ – or, if one prefers, in order to claim to understand the meaning of a source message so well that we presume to [re?)produce it in another language.”

Where’s the hubris? To pursue the allegory, it was that same Lord who both fractured the single language at Babel and who endowed Man with the faculty of translating between the pieces. He did so along with the ability of each individual to learn and use more than one language. If He did it before Babel or concurrently, than He must have known that the ‘confusion’ He was introducing could only slow down communication by its inconvenience, not prevent it. If he did it after Babel, perhaps He relented. Either way, Man did not “reverse God’s act”, God did. For translating was not devised by Man – and here I step outside the allegory for a moment – it evolved along with multilingualism, and the ground was prepared perhaps even earlier in the form of a more general human or pre-human multifunctioning – the ability of an individual to do anything in more ways than one and to convert between them.

Nevertheless, Caroline provides us with another apt quotation that perhaps explains hubris, though it also leads to another paradox. She cites a translator known as ‘the grandson of Sirach’ who “sometime after 132 BCE” translated the biblical Book of Ecclesiasticus from Hebrew to Greek, and who apologised as follows for the shortcomings:

“You are invited… to be indulgent in cases where, despite our diligent labour in translating, we may seem to have rendered some phrases imperfectly. For what was originally expressed in Hebrew does not have exactly the same sense when translated into another language. Not only this book,… the rest of the books differ not a little when read in the original.”

Yet that didn’t prevent the grandson of Sirach from doing his translation and thinking it worth ‘publishing.’ And there’s the paradox in all translation: it’s never perfect, yet we still do it and use it. The solution to the paradox, as with many paradoxes, is a matter of semantics. The term translation is often used in a way that confuses usable translation with perfect translation and leads – as the French linguist Georges Mounin concluded long ago – to the paradoxical assertion that ‘translation is impossible’ when it’s being done all the time around us. There’s an Arabic proverb that runs al-’ismah lillâhi wahdah, which means ’Perfection belongs to God alone’; so He bestowed on Man translation as we know it with all its imperfections, and told Man to go forth and communicate.

Babel is published for the International Federation of Translators by John Benjamins, www.benjamins.com.

The Bible quotation is from the New Revised Standard Version. Although the NRSV was published in 1989 and in the United States, it can be seen that its English is pretty archaic and full of translationese.

Image: http://www.minacious.org
Posted by translatology at 8:17 AM