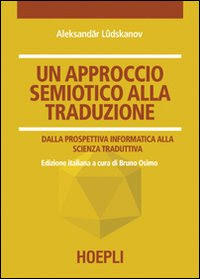 This post is a continuation of the preceding one. Please read the other one first.

After A.L.’s death in 1976, his book on translation theory fell into oblivion except in Bulgaria, where it was republished and his memory was kept alive by his student and assistant Elena Paskaleva; and in Leipzig, where he’d been lecturing and the German translation was a textbook. There were several reasons for the neglect:

1. There was no English translation. Contrary to what some people might think, translation studies specialists are as dependent on translations as other people.

2. There was an excellent German translation, but it was made and published in East Germany when Europe was still divided. The French translation was in A.L.’s own imperfect French - and you know how picky the French are about their language; furthermore it was execrably printed. Even in intellectual spheres, appearances do count.

3. As time wore on, the parts of the book that had to do with computing went further and further out of date. A.L. foresaw this, and told me that future translators would have to update it. And then, around 1990, research on machine translation took a whole new direction.

4. Interest in the connections between translation and semiotics became focussed on literary and cultural semiotics, which were not A.L.‘s interest.

But now A.L.’s book and its ideas have been given new life. After the long neglect, an Italian translation has unexpectedly appeared. It was done from the French version by a team, and edited by Bruno Osimo, an enterprising and discerning teacher of translation and translation theory at the University of Milan and elsewhere in Italy (more about him at www.logosdictionary.org/corso_traduzione/bosimo.html).

He’s dealt with the problem of updating the computer science parts of the book by the simplest and most drastic method possible: he’s cut most of them out. As he says himself:

This is not a complete and unabridged translation of the 1967 work, which had 160 pages. Some chapters that were all about machine translation have been left out entirely… The other chapters have undergone editing so as to remove the technicalities of the most ’cybernetic’ aspects of the book; they would not mean much today to people who are interested in translation. [Cybernetic, in A.L.’s usage, conformed to the East European concept that computer science was a branch of cybernetics.] Altogether, the text has been reduced by about two fifths.

Compared with the revised Bulgarian edition and the German translation, the reduction is even more drastic. In the same spirit of reader-oriented translation,

The original Bulgarian contained a great many [quasi-mathematical] symbols and formulae. Here such abbreviations, etc., have been eliminated in order to make the text more readable.

Gone too are the many footnotes, and with them the passage about ‘intuitive’ translators that I cited at the beginning of the preceding post.

Never mind. The essential Ludskanov is there. It’s good to see the book in print again and made available to another generation. Perhaps somebody will be guided by Osimo’s editing to finally produce an English version.

The book is nicely printed, and at 10 euros it’s a bargain.

There's also a Polish translation. Osimo says he couldn't trace it, but it's in the catalogue of the National Library of Poland.
Posted by translatology at 2:19 AM