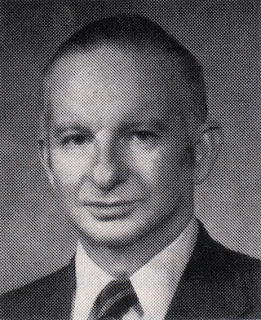 Richard Sonnenfeldt, one of the few surviving interpreters from the Nuremberg Trials, died a few days ago at the age of 86. All the other survivors must be over 80 by now. Sylvie Lambert has thoughtfully forwarded to me the obit of him that appeared in The New York Times. There was another good obituary in The Times of London. In what follows, I’ve used elements from both. Very few interpreters have achieved the honour of an obituary in those prestigious newspapers: the only one I can think of is Paul Mantoux (see my August 11 posting) in The Times.

A considerable amount has said and written about the Nuremberg interpreters, much of it recorded by the interpreters themselves. However, it’s mostly about the court interpreters, that is to say those who actually interpreted in the courtroom at the trials. Their accounts are fascinating both because of the drama and notoriety of the proceedings and because they were guinea pigs in the first use of simultaneous interpreting on a large scale. But what has interested me in particular is that they were set to doing the most difficult kind of interpreting, and under very poor conditions, with only a few days of hurried preparation. And yet they achieved a historic success. They were recruited from far and wide purely for their language proficiency. The real Professional Experts, of whom there was a group left over at the League of Nations in Geneva with nothing to do during the War, had only been trained in consecutive interpreting and most of them were too wary of the new-fangled, American-imposed simultaneous interpreting to cooperate. The newcomers accepted to work without enclosed booths and often for long stretches.

However, Richard Sonnenfeldt was not one of those. The descriptions of him as ‘chief interpreter at Nuremberg’, as if he were head of all the interpreters, are a bit misleading. The Times is more accurate when it gives his position as “chief of the interpretation section of the US counsel.” That means he laboured behind the scenes as an interrogation interpreter. This is an important branch of interpreting, some of it civilian for the police, legal and intelligence services, some of it military, and none of it done in simultaneous. It normally attracts little attention because it’s performed in the shadows, even in secret; the Abu Ghaib debacle brought to light a little of it. In Sonnenfeldt’s case it was done for investigative lawyers. He worked not as a neutral translator for the court but as a partisan interpreter for the American prosecutors. He said himself, in his autobiography, that he felt “the Jewish refugee I once had been tugging at my sleeve.”

“He began as an interpreter but he evolved into a fairly significant interrogator,” said John Q. Barrett, a professor at St. John’s University who has written about the Nuremberg trials and was a friend of Mr. Sonnenfeldt’s. “He was the person who could really thrust and parry with the prisoner in his native tongue.”

Nor did he feel he had to translate everything. “I will listen to you and decide whether it’s necessary to translate it,” he told Goering. We can sense here what the sociologist Anderson called the interpreter as ‘power figure’, and in this he outsmarted Goering. Sonnenfeldt is said to have had a surprising rapport with and control over many of the prisoners

Like the courtroom interpreters, Sonnenfeldt was thrown into the job without any proper training. At the time he was 22 and just “a United States Army private who had helped liberate the Dachau concentration camp [and] was plucked out of an Army motor pool to be chief interpreter, recognized as a rare native German speaker who had a firm command of English.” His first language was German, but he had acquired a high level of English proficiency as a refugee in England, Australia and the United States. General 'Wild Bill' Donovan, head of the Office of Strategic Services, had asked for an interpreter. “Impressed by Sonnenfeldt’s American accent, which was free of the guttural inflections that made other German native speakers hard to understand, Donovan whisked him off to the OSS office in Paris.” So we may deduce that his trump qualification for recruitment as head interpreter was not how well he could translate but that he was a bilingual who was exceptionally proficient in both his languages.

In fact, however, he was a very good translator:

"At Nuremberg Sonnenfeldt rapidly established himself as chief interpreter because his were the only interrogations not plagued by disputes about translation. He was in general disparaging about the abilities of other interpreters provided by the State Department, many of whom — in a context where nuance was all — were Poles or Hungarians who spoke German or English with marked accents or limited vocabularies."

His assessment indicates a quality that’s very important in the performance of interpretation and must be fostered in students: self-confidence.

Sonnenfeldt didn’t remain an interpreter. He was only a Professional Native Interpreter for a couple of years. It was exciting, but just a passing phase in a very full life, not a career. He’d been drafted into interpretation, but his real interest lay elsewhere. Once demobilized, he went on instead to a career in electronics: the photo of him above dates from that period and shows him much closer to how he looked at Nuremberg than the one of him as an old man that accompanied the NYT obituary.

Francesca Gaiba. The Origins of Simultaneous Interpretation: The Nuremberg Trial. Ottawa: University of Ottawa Press, 1998. A well-researched account of the courtroom interpreting at Nuremberg using primary sources. But as she's only concerned with the simultaneous interpreting, she doesn’t mention Sonnenfeldt.