Can There Be A Universal History of Translation? 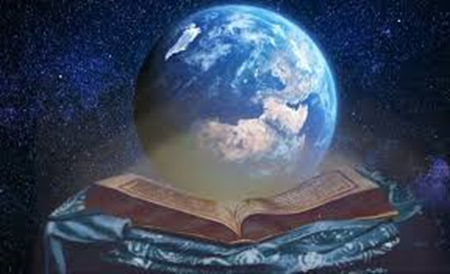 When I was a history student (see About Me on the right) I had already read H. G. Wells’ The Outline of History, subtitled "The Whole Story of Man", chronicling the history of the world from the origin of the Earth to the First World War. Then I read chunks of Arnold Toynbee’s A Study of History, which was much in fashion in the late 1940s. Toynbee was an admirer of another universalist historian, Ibn Khaldun, part of whose Muqaddima (Preface) I had to read in my Arabic programme. I learned from these to admire their explicative power while remaining suspicious of their generalisations. Anyway I learned that whatever the drawbacks, an enlightening  universal history could be attempted by great minds.

This brings me to one of the latest developments in translatology, namely an explosion of interest in the history of translation. There have been studies of that history in the past. My first acquaintance came from a book by my erstwhile colleague at the University of Ottawa, Louis G. Kelly. His The True Interpreter is still worth reading. It's as much a history of ideas about translation, i.e. translatology, as it is about its practices. It makes no claim to being universal; on the contrary, as its subtitle says, it’s only a history of translation “in the West”. Nonetheless it covers a large slice of universal history. From it some of the recurring themes can be adduced; for instance the eternal opposition of free and literal, summed up in the famous saying of St Jerome,

“For I myself not only admit but freely proclaim that in translating from the Greek I render sense for sense and not word for word, except in the case of the Holy Scriptures, where even the order of the words is a mystery.”

The blossoming current interest in translation history has led to the formation of an organisation, the History and Translation Network. Its headquarters are under Christopher Rundle at the University of Bologna, a university that has established itself as a leader in translatology research in the past decade. In May it held its first major conference, in Tallinn, and the response was amazing: over a hundred papers. I hope to say more about it in another post.

For the moment I want to draw attention to another of its productions: its Manifesto. For the most part it’s unexceptionable. However,  there is one item in it that sticks out like a sore thumb. It’s the statement that “there is no such thing as a universal history of translation.”

To say that “there is no such thing” goes beyond saying that we don’t yet have a universal history to implying that such a history is impossible. Yet my earlier training recounted above leads me not only to think that one possible but to look around for attempts at it.

A universal history must begin at the beginning. The best-known universal  history, the Bible, opens with “In the beginning…” The beginning of translation is lost in the mists of time, but we can make some suppositions. First, it didn’t begin with written translation. Spoken language long preceded the written, and therefore the history of translation must begin with interpreting. We have evidence of interpreting going back four thousand years. The earliest image of an interpreter is that of Shu-Ilishu, an interpreter of the Meluhhan language (generally held to be a language of the Indus civilization) from ca. 2020 BCE. (For more on him, enter shu-ilishu in the Search box on the right.) Certainly the invention of written translation, which must have accompanied he invention of writing, was a very important next step.

“It is known that translation was carried out as early as the Mesopotamian era when the Sumerian poem, Gilgamesh, was translated into Asian languages. This dates back to around the second millennium BC. Other ancient translated works include those carried out by Buddhist monks who translated Indian documents into Chinese.”

A universal history must also have an end, which is usually the present day because histories are not predictions. For translation the end is more visible than the beginning. It’s computerisation. The evidence is everywhere on the internet.

That leaves a large gap to be filled in.

One thinker who proposed a model to do it was my mentor in translatology, the Bulgarian semiotician Alexander Lyudskanov. In the early pages of his magnum opus Human and Machine Translation (see Sources below) he linked the evolution of written translation to the development of texts. Certain text types being much in demand at certain periods, he said, the manner of translating varied to match them. In chronological order, religious, legal, literary and technical texts had this effect. It was a good try, but like Kelly he was bound by the Western tradition though he included Soviet Russia.

One constant wavering that we ourselves have noticed in connection with our Natural Translation Hypothesis is the tendency towards trained professional translators versus the prevalence of untrained translators. It’s far from modern.

A universal history cannot be just a chronological listing of events and people; there wouldn’t be room for them all. Rather it must deal in

trends – long-term trends – and  underlying  forces. Some of them can be discerned in translation history. Therefore the confection of a universal history may be difficult but it’s not impossible. To deny it is a failure to see the wood for the trees.

Louis G. Kelly. The True Interpreter: A History of Translation Theory and Practice in the West. New York: St Martin’s, 1979.

St. Jerome. Letter to Pammachius on the best method of translating. In Kelly.

Sikh message of universality at Parliament of World’s Religions, 2021.

Posted by translatology at 2:02 AM