The Rise of Cognitive Translation Studies and Online Conferences 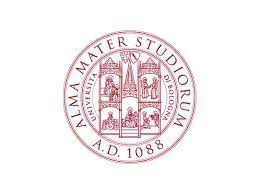 There's a danger of exaggeration in calling each new trend in translatology a ‘new paradigm’.  A paradigm is more than a single theory and lasts longer than a single decade. But the rising field of cognitive translation studies (CTS) is not that new. It goes back at least to Danica Seleskovitch and the interpretation psychologists like Nanpon and Oléron in the 1960s, and now it’s thriving. It has spread from Europe to America and notably China. So  perhaps…

What is it? Here’s one answer:

The work of cognitive translation scholars, while motivated by questions about translational phenomena, necessarily engages with theoretical developments in the disciplines of psycholinguistics, bilingualism, psychology, cognitive science, and second language acquisition.

It has arisen because people have realised that a translation is a mental activity as well as a pair of texts or a profession. If you want to know more, there’s a whole book about it and even a journal from Benjamins (see Sources below). For a somewhat quicker introduction, go to the talk with Prof. Ricardo Muñoz.

The latest sign of CTS maturity is a summer school. The First International Summer School of Cognitive Interpreting and Translation Studies will take place at Forli in Italy  from 14 to 21 June 2021, but it’s an online event. Applications are now open until 30 April, so hurry!. Forli has a campus of the nearby University of Bologna, Europe’s oldest. The Forli campus has played a distinguished role in the development of non-professional interpreting and translation studies (NPIT) since Prof. Rachele Antonini organised the first international NPIT conference there in 2012, and its activity has increased notably since the incorporation of Prof. Muñoz from Spain.

One of the participants in the school will be Prof. Bogusia Whyatt from Poznan, Poland, about whom there was a post on this blog in 2018. (To retrieve it, enter her name in the Search box on the right.)

Holding this event by internet illustrates a development that has occurred to an unforeseeable extent due to the Covid-19 epidemic. It’s internet conferencing, mediated efficiently by platforms like Skype and Team. It’s true that by not attending a conference in person one loses the advantages and pleasures of personal contact and socialising. On the other hand, it makes it possible for people like me to ‘attend’ meetings that we would never have been able to take part in before because of distance and cost. Therefore it’s unstoppable. Furthermore it has implications for conference interpreting, since the interpreters  too can participate from afar.

As for the Forli school, I will have some questions in a subsequent post.

Seal of the University of Bologna

Posted by translatology at 7:58 AM