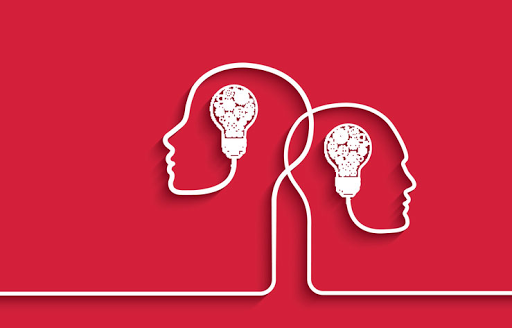 At the end of the preceding post there was a promise of some issues worthy of  consideration by cognitive translatologists. So here goes.

The paper Translation As An Innate Skill (1978) polemicized that the human ability to translate is innate. Innateness is a much-discussed topic in theories of language acquisition. The argument in  Innate Skill was based on cases where bilingual children translated from a very young age (typically three years old) without any instruction. Since then there have been many accounts of children and adolescents translating at a slightly older age (five and up) especially from research on so-called language brokering in families and schools, but virtually nothing has been done to prove or disprove the hypothesis that the ability in children or adults is in fact inherited. Of course any research like that has to face the age-old problem of distinguishing between nature and nurture.

Translation in everyday usage means reexpressing in another language. Some translatologists have extended its meaning to include reexpression in the same language or between varieties of the same language, commonly called paraphrase. Jakobson further extended its meaning to include intersemiotic translation, which means an interpretation of verbal signs by means of signs of nonverbal sign systems, for example a book to film adaptation.  But that kind of intersemiotic translation still supposes verbal language as its point of  departure.

n 2009 on this blog I suggested that what bilinguals inherit which enables them to translate is not specifically a language competence but some more general ability which I called conversion. You can retrieve by entering conversion in the Search box on the right. Here’s the definition:

Conversion is the passage from a mental representation to another that preserves the information and feelings from the former which the converter wishes and has the capability to preserve.

Note that both the start and end of the process are mental representations, not verbalisations of them although they can be verbalised and often are.

This raises a series of questions.

The first is whether this general ability exists.

The second is, what is it if it exists?

The third is whether linguistic transformation is a specialisation of it.

The fourth is whether it’s inherited in whole or in part.

Certainly some thinkers have believed it exists in some form.  Seleskovitch thought that interpreters doing consecutive interpreting retain a deverbalized transform of what they hear because they can reproduce the content of a speech without being able to remember the actual words. She suggested it’s also the form in which the input is stored in long-term memory. (Actually interpreters do remember or note down some of the words, but she was largely right.) Other trainers of consecutive interpreters have devised sets of non-verbal  symbols and recommend against using representations of spoken speech like shorthand (which linguists call derived codes).

In these days of artificial intelligence, it may be tempting to think of the conversion level as patterns of neurons. This, however, does not accommodate summarising, which a recent post on this blog proposed is a type of translating and is often used by interpreters. (Enter summarising in the Search box to retrieve it.)

Translators, even those in a supposedly well-defined category like professional translator, vary greatly. They may vary in respect of:

Age. From three to over 80. Age affects all human competences. In the case of translators it may affect general cognition as well as language proficiency, and both are needed.

Exposure. Like any human competence, translating can be learnt and improved by observing how other people do it, but the opportunities for doing so vary. I live in a bilingual area where there are examples of translations at every turn; somebody in a monolingual area would be handicapped.

Experience. Translating is a skill; and like any skill, the more you do it the better you get at it.

Training. By definition, natural translators have had no training at all. At the other extreme, an expert translator may have gone through years of training at school and university or in a translation organization. Gran and Fabbro found that translator training may even affect cerebral organization. They reported that fourth-year interpretation students, while maintaining left-hemisphere dominance for their L1 (Italian), showed significant right-hemisphere superiority for English as compared to first-year students and monolinguals.

Particularly dangerous is the practice of taking cohorts of university translation students as subjects. It’s done because they are readily accessible and can hardly refuse. A glaring example is the otherwise excellent study by Krings, who even used not translation students but language students. Students are an atypical intermediate breed. They are past the stage of natural translators but not yet at the level of experts.

Quality. Quality of output is the usual criterion of competence. Other criteria such as speed of output are sometimes applied but they are secondary. However, judgements of translation quality are notoriously subjective and conditioned by cultures. The criteria applied to professional translators are not suitable for natural translators, and those applied to machine translation may not be suitable for human ones.

At very least researchers should declare the status of their subjects according to the above parameters.

One of the first articles about the alignment of translations with their originals was the one on bitext listed below. The practical usefulness of such aligning was amply illustrated in the advent of translation memories and statistical machine translation. However,  another suggestion in the article was that bitext might be a model for how original and translation are held in the translator’s working memory. The psychological aspect of bitext has received scarcely any notice.

Posted by translatology at 8:17 AM