The N-Word: A Thorny Problem of Affective Translation 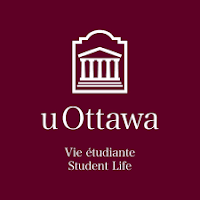 A post on this blog earlier this year treated the topic of affective or emotive translating. (To retrieve it, enter affective in the Search box on the right.) There it was considered as mainly a problem of literary translation. However, a recent case illustrates that it extends much further.

The University of Ottawa, where I used to teach, is a very politically correct institution. It’s located literally in the shadow of the Canadian parliament. It therefore comes as a surprise to hear that the university has recently been caught up in accusations of racism. The accusations come from Black students.

I was head of a department there for several years and we had a constant contingent of Black African students, mainly from Cameroon because Cameroon is a country that is officially bilingual in English and French like Canada. Relations were good. I never received any complaint from those students; on the contrary they were so happy with us that I and other members of the staff were invited to come and teach them in Cameroon, which we did.

So what has caused the recent fracas?

It happened because a lecturer uttered the infamous N-word in class. (I won’t risk further controversy by spelling it out here.) She didn’t call anybody by it. She didn’t speak approvingly of it. She simply cited it “as an example of a word that a community has reclaimed.” That is to say, she did a bit of descriptive linguistics. A student protested, was supported by others, and the lecturer was suspended though she was later reinstated.

The objection to quoting and describing the N-word, as opposed to using it, is clearly unjustified. All the major English dictionaries list it and spell it out, though they accompany it by a usage label such as offensive. Some even speak the pronunciation. Indeed the Merriam-Webster has a whole paragraph on its usage and history. There are other words, for example Yid (for Jew), that are very offensive but don’t raise the same passions today. And opinions change. For instance it wasn’t until the 1970s that the OED dared to print c**t in full.  But there’s no use arguing over it, because it’s not a matter of rational argument but of emotion.

And so the all-too-familiar battle broke out between those who condemned the lecturer and those who supported her. In response to her suspension, 34 professors in multiple departments signed a letter of support for her… saying that the use of the term can offer educational value and that a classroom is a place for debate.

“It is important that university administrations, while helping to uncover and abolish all forms of systemic racism, ensure that the transmission of knowledge, the development of critical thinking and academic freedom is protected,” the letter said in French.

In a statement posted to social media, the Students Union called the professors’ letter “appalling.” A group of law students and a group of med students wrote in separate letters that they were “gravely alarmed” by the [professors’] letter… and called on the school to develop a zero-tolerance policy on the use of he N-word by anyone at the University of Ottawa.

"I cannot even fathom what academic freedom is because I’m here trying to tell you using the N-word is already alienating me and not giving me a freedom to exist in these spaces,” said… one of the students who signed the letter from law students.

The whole argument was, however, rendered beside the point because the lecturer never invoked academic freedom in her defence. Instead she apologised and said that she had made a mistake because English is not her first language and she isn’t comfortable in it. She is, like many lecturers at the bilingual University of Ottawa, a native French speaker who may be called on to teach in English. So let’s look at the N-word in French.


All the major bilingual dictionaries list the N-word and furthermore they spell it out shamelessly. And they all give as the first French equivalent nègre, though they accompany it with labels like péjoratif or vulgaire or offer alternatives like bougnole (raghead). Indeed nègre is often very derogatory, as in parler petit-nègre (speak pidgin French). Yet nègre doesn’t arouse the same degree of passion as the N-word does in English; and the same an be said of the Spanish negro, for I haven’t heard of protests about it here in Spain. Not that the French didn’t have Black slavery in earlier times, but…

The French colonies in the Caribbean, in which some 80% of the total population had lived under the slave system since the seventeenth century, underwent a most unusual experience involving the initial abolition of slavery in 1794 [by the revolutionary Convention], its re-establishment in 1802 and then a second – and permanent – abolition in 1848.

Though not without racism, prejudice against Blacks was never as virulent in Canada or Europe as in the United States.  That’s why escaped slaves fled to Canada and Americans of colour who could do so, like Josephine Baker In France and Paul Robeson in England, went to live in Europe. There’s still not the obsession in Europe with Black racism that one can observe all the time on American television and in American politics. In short it’s plausible that somebody whose studies and training have been almost entirely in French-speaking Quebec, which is the case of this lecturer, might not feel the strong emotions that the N-word arouses in some Anglophone communities.


The above remarks are not meant to take sides in the dispute. They are the observations of a linguist. Also of a translatologist, for it’s apparent that the N-word cannot be translated by anything that has the same emotive effect. Untranslatability is too often treated as a matter of all or nothing, but this is an unfortunate case of partial untranslatability. The denotation can be translated but not the connotation.

Joe Friesen. University of Ottawa professor at centre of controversy involving racial slur says she regrets actions. Globe and Mail, 20 October 2020. There were many other newspaper reports.

More recently than the above incident, (March 2021) the director of my alma mater, the School of Oriental and African Studies in London, whose name is Adam Habib, has been caught using the word in a meeting and there has been a subsequent uproar. He used it in response to a question about lecturers using the term in class.

Habib, who is originally from South Africa and has been the director of the university since the new year, defended his use of the word by saying: “You do [find it unacceptable], I don’t actually. I come from a part of the world where we actually do use the word.” He added: “So why don’t I think it was problematic to use the word when I did. Well, because context matters and I was arguing for taking punitive action. You cannot impute maligned intention without understanding context. Do I believe that only blacks can verbalise the word. No, I don’t… I am aware that this is a common view among activists committed to an identitarian politics. I don’t identify with this political tradition. I grew up in a political tradition that is more cosmopolitan oriented and more focused on the class dimensions of structural problems.”

Posted by translatology at 12:50 PM