Urdu Language Brokering in the USA 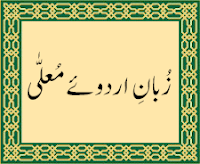 It's been quite a while since there was anything on this blog about language brokering in its heartland, the USA. (For those of you who are unfamiliar with it, language brokering is the interpreting done by the bilingual offspring of immigrant parents for their parents, families and other members of their entourage.) So I hasten to pass on a description that has just been published. It contains a surprise:

"Pakistani-Americans are the second fastest growing [immigrant] group in the United States according to the Pew Research Center, and yet many are unable to fully adapt to their new lives due to a persistent language barrier. Research conducted by Asian Americans Advancing Justice shows over 80% of Pakistani-Americans do not speak English at home, while over 12% suffer from linguistic isolation. Linguistic isolation is defined by the US Census Bureau as living in a household in which all members aged 14 years and older speak a non-English language and also speak English less than 'very well'."

"The Pakistani community faces the challenge of a language spoken rather rarely in America. Or at least perceived by Americans as rare [says one child of immigrants]."

It's at this point that the young language brokers come into their own as essential intermediaries.

"'As an 8-year-old child, I had to accompany my grandmother to the doctor to ensure the doctor could understand her,' [one now adult broker named Pandya says] of her own family's experiences with linguistic isolation. 'That's a huge burden on a child. For one thing, no 8-year-old knows all the medical terminology. I felt I was my grandmother's anchor.'
"Pandya also recalls how many Indian and Pakistani friends of hers helped their parents do the taxes and pay the bills – because the adults had trouble understanding even the most basic instructions. She says the problem can also affect the children's education. Linguistically isolated children are often forced to serve as interpreters at parent-teacher conferences if the schools are unable to provide interpreters. The young people I work with end up acting as interpreters [for their parents],' says Pandya. Imagine you're 15 years old. What are you going to do if you're serving as that intermediary? [Of course] you're going to tell your mom 'Yeah I`m getting straight As.'
"'The specifics of anything tend to do with class,' she says, 'If you are a well-to-do Pakistani immigrant…, you probably spoke English back home… It's more a function of class and language is tied to that.'
'The power dynamic is flipped, says Pandya. 'You are no longer the child, you're the adult now. You're growing up really quickly.'"