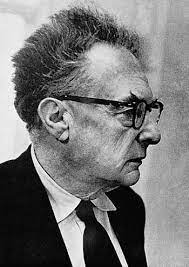 Note first that a paraphrase is not the same as a copy. The latter ideally shows no differences from its original. It’s like a photocopy. Whereas there must be differences for something to be considered a paraphrase.

One researcher who has done some thorough investigation of paraphrase in recent years is Boguslava Whyatt, head of the Department of Psychologistic Studies at the Adam Mickiewicz University in Poland. Her work has already been highly commended on this blog in a different context; to retrieve the post, enter whyatt in the Search box on the right of this page. For instance in the article referenced below she writes,

Our study fills the niche in empirical research and shows that both tasks [paraphrasing and translating] are carried out in the same stages but the effort needed to translate is much larger because when translating we have to switch between two different languages.

She employs the full panoply of modern research, as the following from another article illustrates:

We argue that cognitive processing in intralingual transfer and interlingual translation displays a substantial overlap in the way decisions are made. Since this theoretical claim has rarely been empirically validated, a comparative analysis of both processes is very much needed to pinpoint the similarities and differences between the cognitive effort needed to translate a text and to provide its intralingual paraphrase, for example in the form of a more reader friendly version. This aim motivated us to design the ParaTrans project in which we apply technologically advanced translation process tools, such as key-logging, eye-tracking and screen recording to collect user activity data. We discuss the methodological considerations needed to ensure the validity of the research design and reliability of its findings and report results of a preliminary study.

deals with two or more completely different codes, e.g., linguistic one vs. music and/or dancing, and/or image ones. Thus, when Tchaikovsky composed the Romeo and Juliet, he actually performed an intersemiotic translation: he 'translated' Shakespeare's play from the linguistic code into a musical one. The expression code was changed entirely from words to musical sounds

But an intersemiotic translation is never a copy. There are always changes. It’s always a paraphrase. In the case of the Tchaikovsky opus there are even three versions of it, all of them only a fraction of the length of Shakespeare’s play.

Yet even this is not the end of the matter. Because Jakobson was a linguist, he only considered intersemiotic paraphrase from a language original. To complete the picture, we also need to include the many cases where neither the original not its reproduction is linguistic. To do this, we need to move up from the level of language translation to that of conversion. For this specialised use of the word conversion, enter it in the Search box. It’s broad enough to cover intersemiotic paraphrase between any form of expression. To go back to the Tchaikovsky example, “as it was meant for ballet, there was a ballet dancer who 'translated' further, from the two previous codes into a 'dancing' one, which expresses itself through body movement.” For “translated” substitute “paraphrased”.

Kubilay Aktulum. What Is Intersemiotics? A short definition and some examples. International Journal of Social Science and Humanity, Vol. 7, No. 1, January 2017.

Posted by translatology at 2:03 AM