Child Language Brokering in the Pandemic 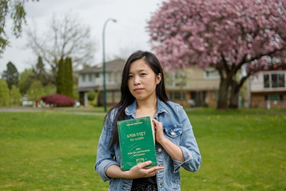 A good deal has been written about child language brokering, some of it on this blog. (Enter brokering in the Search box on the right.) But now the covid pandemic adds another page to the story. So an excellent article that has just appeared on a Canadian website is particularly timely. It’s too long to reproduce in extenso, but here’s an extract. There are interesting sidelights on the broker's progress from age five and use of the dictionary. I urge you to read the full article (see below).

"It was Mimi Nguyen’s older sister Kim who first modelled the expectation that the children of newcomers should step in as the family’s translators.

"Their parents settled in East Vancouver, by a stretch of Kingsway that many other Vietnamese refugees have called home since the late-1970s. Growing up, Kim helped these families too, translating teacher’s notices so that parents could keep up with their kids’ school progress.

"Because Mimi was educated in Canada, it was common for her generational peers to translate for their families as soon as they learned English.

"Kim once helped their mother with an English question at just five years old, with the help of a cousin on the phone and a Vietnamese-English dictionary in front of her. The well-thumbed volume is still in the family’s possession.

"It wasn’t until Mimi entered her preteens that she took over helping her parents, translating at in-person appointments and interpreting documents like bank slips.

“'Sometimes it would take the whole community to translate bits and pieces of a document, calling one person and another to verify words,' she said. 'Nobody in our network was fluent enough to translate everything confidently, so oftentimes, people felt like they were shooting in the dark.'

"Language barriers are an age-old problem for immigrants and refugees, affecting everything from housing to health care, education to employment.

"But the pandemic has meant there’s more to translate than ever — and there have been dire consequences for those who can’t read the vital information.

"Even for people who do speak English in B.C., it’s hard to keep up with official sources and sort out the bad ones. But the 'infodemic' weighs more heavily on families like Nguyen’s, who don’t get translations of government information as quickly or completely compared to official languages, if at all.

"Nguyen is now 25, and with her sister living out of town, she is her parents’ primary translator. Because they do essential in-person work — her father at a warehouse, her mother at a food packaging facility — their understanding of their rights and public health messaging is vital to their safety.

"According to Statistics Canada, newcomers are over-represented in high-risk jobs on the frontlines, and the hardest-hit industries like food and hospitality… It’s a privilege to be able to access information about the pandemic, and Nguyen worries about those who don’t have the language, time or know-how. 'Every single day, those inequalities are heightened even further,' she said."

Posted by translatology at 1:22 AM