The Third Way of Translating is Recycling 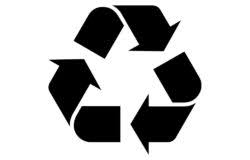 It used to be that all translating was done by humans. Then – for better or worse – came MT and so now there are fundamentally two kinds of translator, human and computer, though there are many sub-types, especially on the human side.

How many ways of translating are there fundamentally? There used to be two. One of them is by linguistic transformation, in which words and phrases in the target language (TL) are substituted for those in the source language (SL) and the grammar of the SL is modified to adapt it to that of the TL. It was the strategy used in early MT with only very limited success but humans use it too. The other way is less direct but gives better results. It consists of decoding the SL input into the ideas and feelings that it represents and then recoding all that in the TL. The two methods aren’t mutually exclusive; indeed, as Brian Mossop pointed out (see Sources below) they may operate in parallel simultaneously. And what is the SL decoded into? The influential French  teacher Danica Seleskovitch developed what is called the interpretive theory of translation in which she maintained that it is the form in which things are stored in long-term memory (see Sources), but what that form is remains an unknown.

With the advent of automatically segmented and aligned bilingual texts (or bitexts) in the late 1980s, a third way emerged. With bitexts, finding any segment of text in SL brings with it its translation in TL. It only remained to match any segment of a new SL text to its nearest repetition in the bitext. This was achieved by statistics by 1988, using not a single bitext but an enormous corpus of them. The corpus was the proceedings of the Canadian parliament, which are always written in English and translated into French or vice versa. We thus entered the era of statistical machine translation (SMT) which fuelled a generation of popular MT applications like Google Translate. The relatively slow and imperfect alignment of texts for SMT has to some extent been replaced by more sophisticated matching using the neural networks of artificial intelligence (AI). Furthermore AIMT can be applied to parallel texts, texts that are not translations but are about a similar subject and in a similar register. One of the first theses on AIMT was presented by a graduate student of mine in Ottawa, Bruce McHaffie, in 1997 (see Sources).

Now we come to the point of this post. SMT and AIMT both feed on translations and other texts that already exist. They aren’t translating anything anew, only piecing together collages. In other words they are recycling, as surely as old bottles are broken up and recycled into new. There’s nothing new about recycling old translations; a classic example is the ever-popular Authorised Version of the English Bible, which drew heavily on the previous translation by William Tyndale:

“A recent computerised study has revealed that about 84% of the AV New Testament and about 76% of the Old Testament is verbatim Tyndale.”

When whole works are recycled it's called retranslation.

What is new, however, is the fragmentation of the original texts and the automation of matching the pieces. Its limitation is that it cannot be of better quality or more understanding or more up to date or more empathetic to authors and readers than the material from which is composed. But with the popularity of MT it has become established as the third way of translating.

Brian Mossop. An alternative to 'deverbalization'. 2003. http://www.yorku.ca/brmossop/Deverbalization.htm or click [HERE].

Posted by translatology at 1:13 AM