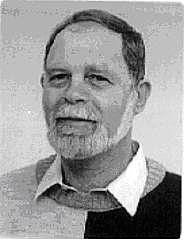 The sad news has just come of the death of Gideon Toury, one of the leading thinkers and most cited authors in contemporary translatology. Also one of the most influential publishers of other researchers in that field through his journal Target.

Nature vs, nurture in the training of translators
It was in 1973 that Brian Harris first argued for the importance of natural translation, 'the translating done in everyday circumstances by people who have had no special training for it…' Unaware of this proposal, I myself put forward, a few years later, a seemingly similar notion, that of native translator (Toury 1980b), within the applied framework of translation teaching.
The logic underlyng my proposal was simple enough. As I was to learn, it was also very much akin to the justification which Harris had given for his own notion. For one thing, translation was seen as having obvious precedence over any formal teaching (and learning) of it, both chronologically and logically, in phylogenesis as well as ontogenesis.

As the quotation shows, Gideon was generous in his acknowledgements. He also backed me in my little spat with Hans Krings in Target. In those days, the 70s and 80s, when non-professional translation was not yet recognised by the vast majority of academics and he was already famous, his devotion to descriptive translation studies was enormously encouraging to me.

Goodbye Gideon. Your family, your followers and your students will be eternally grateful to you.

Posted by translatology at 7:21 AM