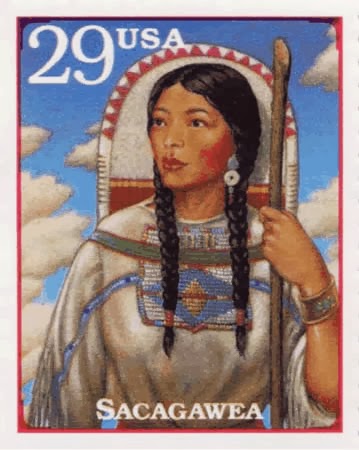 References
Image
Commemorative postage stamp. As a portrait it's highly fanciful, since no known picture of her from life has survived.
Posted by translatology at 12:16 PM