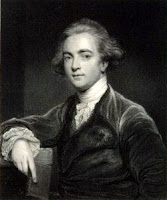 Recently a British student won an achievement prize for having learnt so many languages – eleven if I remember rightly – with 'perfect' pronunciation. He said he didn't consider himself extraordinary, but it took hard work.

In the late eighteenth century, the British orientalist Sir William Jones (see portrait) became one of the first linguists to realise that many languages, spread astonishingly wide from India to Ireland, had similarities that indicated a common origin, and to posit that they had all descended from a lost language, Proto-Indo-European, the closest to which is now Sanskrit.

"The young William Jones was a linguistic prodigy, learning Greek, Latin, Persian, Arabic, Hebrew and the basics of Chinese writing at an early age. By the end of his life he knew thirteen languages thoroughly and another twenty-eight reasonably well."


He made his discovery because he knew and could compare so many languages. He not only knew the languages, he could translate between them. His first important translation was Histoire de Nader Chah (Biography of Nader Shah), 1770. He translated it first into French because he did it on a commission from King Christian VII of Denmark and French was the international language of European culture. Then he translated it again into English.

Another famous polyglot was the Italian cardinal and Custodian of the Vatican Library Giuseppe Mezzofanti (1774–1849). He's credited with speaking 39 languages fluently, though he never travelled outside Italy. The story goes that his first foreign language feat was picking up Greek and Latin by overhearing classes while he worked for his father as a carpenter across the street from a school kept by an old priest who was teaching his pupils behind an open window, and that this was before he was even able to read and write his own language. There's a website that bears his name for people who enjoy learning languages (see References below).

Jones and Mezzofanti were hyperglots, people who know an extraordinary number of languages. The first hyperglot, or near hyperglot, that I knew personally was the Hungarian father of a schoolmate of mine. He would learn yet another language by taking a Bible in it and matching it to the Hungarian translation, long passages of which he knew by heart. People like the Hungarians are strongly motivated to learn other languages by the circumstance that very few foreigners can speak their language.

The next one was my history tutor at university, Bernard Lewis. I was already using English, French and Arabic for the thesis I was researching. One day I told him I'd discovered that there were also Russian sources. "Oh well," was his reaction, "Now I suppose you'll have to learn Russian."

Hyperglots are extraordinary people. Now here's a different kind of story. One afternoon during my first stay in Cairo, in the early 1950s, I saw a job ad that intrigued me. It was in Groppi's tea room:

"Once a magnet for Egypt’s high society when it was considered the world’s Ritziest tea room, Groppi, set in Cairo’s Talaat Harb Square, still retains its original mystique although its interior is somewhat faded. Groppi’s, the creation of Swiss pastry maker Giacomo Groppi, has been featured in many films and been extensively written-about."

The ad was for sales assistants. It was for young ladies "speaking the languages of the country." I asked what the expression meant, and was told: Arabic, English, French, Italian and Greek. In those days, Cairo was a far more cosmopolitan and multicultural city than it is now and each of those languages was spoken by a vibrant community; still I assumed that Arabic and one of them would be enough to get a job. "Not so." I was told, "Our staff must be able to serve customers in all of them." Also that some Armenian and Ladino (Judeo-Spanish), though not required, would be a help. For shop assistants! They were not 'hyperglots', not even highly educated, but quite ordinary people who happened to work in an environment that stimulated language learning.

To come up to date, most of the children where I live know something of two languages, Spanish and Valencian, without having been taught them; and now they're all obliged to learn a third language, English, at school. Few parents object, because English is seen as essential for travel and advancement in today's world.

The late King Hassan of Morocco, is credited with saying that in today's world, a person who knows just one language is only semi-literate. His own country is officially bilingual in Arabic and French, and well-educated people switch constantly between them. Furthermore, there's a widely spoken third language, Berber; and the Spanish telephone company Telefonica maintains a call centre in Tangiers because the city's in a region where there are still, for historical reason, many Spanish speakers.
As I didn't know Berber or Moroccan Arabic, I used to communicate with my maid there in Spanish. Quite a lot of Tangiers natives are quadrilingual.

So how about the benighted 'semi-literates' who only know a single language? They remind me of the ads for mental development products that begin by proclaiming something like, "Scientists have discovered you're only using 10% of your brain!"

Proto-Indo-European language. Wikipedia, at this link.

Mirza Mehdi Khan Astarabadi (active 1733-1759). The history of the life of Nader Shah, King of Persia / extracted from an Eastern manuscript, which was translated into French with an introduction, containing, I A description of Asia II A short history of Persia and an appendix consisting of an essay on Asiatick poetry and the history of the Persian language, to which are added, pieces relative to the French translation, by William Jones, Esq. London: Printed by J. Richardson, for T. Cadell in the Strand, 1773.

Linda S. Heard. If only Groppi's walls could talk. Al Shindagah, Issue 78, 2007. Reproduces a nice mosaic from the original decoration. To go there, click here.