Why No Academy of the English Language? 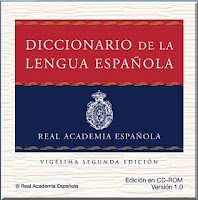 This is a bit off topic, but it’s fresh from the press and it does have to do indirectly with dictionaries. In fact it was one of the most read items in yesterday’s The Observer, so it must have struck a chord in public feeling. In it the author, David Mitchell, fumes against a proposal for an Academy of the English Language with a vehemence reminiscent of the British opposition to identity cards.

The article is over-stuffed with exaggerated imagery. Stripped of all that, what it boils down to is that academies of the language are a kind of sinister ‘language police’ – as the title says – and as such are to be vigorously resisted. We British, it claims superciliously, don’t need them like “less successful languages such as French and Italian.”

Well, Spain has one as well. (Spain also has identity cards.) It’s called the Real Academia Española, and most of the Spanish-speaking Latin American countries have a similar academy. It’s regarded here not as a language police, for it has no coercive powers, but rather as an arbiter in cases of doubt or differences of usage. And like its illustrious predecessor on which it was modelled, the Académie Française, it publishes a dictionary (see image), a normative dictionary, i.e., one that purports to specify what is admissible as 'good Spanish' (and by implication, what is banned or not yet generally accepted). It works hard these days to keep the dictionary fairly up to date and to embrace regionalisms.

That’s not to say that British English doesn’t have language standards and authoritative dictionaries. And there was a time when its most authoritative dictionary, Samuel Johnson’s, was highly personal and prescriptive. But today its source of authority is diffuse, more like crowd sourcing of the well-educated members of its language community, especially its professional writers. And with this, I believe, goes a profound difference in attitude to language.

The countries with the academies belong to a culture in which language is regarded as manipulable by human intervention – at the limit, even by decree. Like a classic French garden, it should be be constantly planned, ordered and trimmed. Whereas native English speakers regard their language as an organic growth that should be left as much as possible to its own tendencies and to natural selection – like an English garden. Of course, now I am exaggerating, but there’s something of that in it.

The situation in Canada provides a neat illustration. In English Canada there’s no institutionalised language authority. Whereas in the main French-speaking region, Quebec, there’s a government agency for language, the Office Québecois de la Langue Française (Quebec French Language Bureau or OLF), and the OLF maintains a large online bilingual technical dictionary. The OLF really does have some ‘police’ powers to regulate the use of French and English in the province.

There’s an old joke that echoes the different cultures.

A Frenchman and an Englishman are each looking for a word in the dictionaries of their respective languages. Neither of them finds it.

“Mon Dieu, what a pity,” laments the Frenchman. “I can’t use it. It’s not in the dictionary.”

“But I’ve heard people say it,” insists the Englishman, “So I’ll use it. There must be something wrong with the bloody dictionary.”

REFERENCES
David Mitchell. Snakes are evil, but save your venom for the self-appointed language police. The News Review section, The Observer, 13 June 2110, p. 7. http://www.guardian.co.uk/commentisfree/2010/jun/13/david-mitchell-comment-is-free.