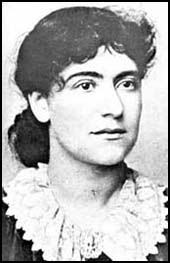 Today, May 5, is the birthday of Karl Marx. So what better day for me to take up from where I left off last weekend, which was with the English translations of his classic Communist Manifesto and Capital?

The first volume of Das Kapital was published in German in 1867. He and his alter ego Friedrich Engels had difficulty finding a translator, and it was already in its third German edition before the English translation appeared 20 years later. Engels himself says, in his Preface to the translation:

[A]n explanation might be expected why this English version has been delayed until now, seeing that for some years past the theories advocated in this book have been constantly referred to, attacked and defended, interpreted and misinterpreted, in the periodical press and the current literature of both England and America.

a set of MS. instructions for an English translation that was planned, about ten years ago, in America, but abandoned chiefly for want of a fit and proper translator.

So Engels then turned to the same socialist lawyer-judge who translated the Manifesto: Samuel Moore of Manchester. Moore embarked on the work, but he wasn’t a Professional Translator:

[B]y and by, it was found that Mr. Moore's professional occupations prevented him from finishing the translation as quickly as we all desired.

Therefore a second translator had to be sought. Engels found him right on his doorstep, as it were. He was Edward Aveling, the common-law husband of Marx’s youngest daughter Eleanor (see photo). Aveling too wasn’t a Professional Translator. He was, “a prominent English biology instructor and popular spokesman for Darwinian evolution and atheism.” Engels coordinated and revised the work of the two translators and he details in his Preface the contributions of each.

But there was another translator involved. She’s not credited on any of the bibliographic records; however, tucked away in the Preface is an acknowledgement from Engels:

Mrs. Aveling, Marx's youngest daughter, offered to check the quotations and to restore the original text of the numerous passages taken from English authors and Blue books and translated by Marx into German.

She played the role, on that occasion, of what today might be called a Translation Assistant. But she was more important than that. Of all the translators I’ve mentioned, she was the only Professional Translator. Let’s turn to her.

Eleanor ‘Tussy’ Marx (1855-1898) was an early bilingual. She was born and brought up in London, but in a German and Yiddish-speaking household. She also learnt French, perhaps from her father. She became, quite naturally, a militant socialist. She was also an occasional actress. That she was unconventional is shown not only by her personal ‘relationship’ with Aveling but also by her professional work for the avant-garde publisher Henry Vizetelly. She translated Madame Bovary for him, a brave thing to do in prudish Victorian England. She said about it herself,

Certainly no critic can be more painfully aware than I am of the weaknesses...; but at least the translation is faithful. I have neither suppressed nor added a line, a word.

Professional life wasn’t easy for Eleanor. She wrote to Havelock Ellis in 1874, "I need much work, and find it very difficult to get. ‘Respectable' people won't employ me." Vizetelly went to prison for publishing English translations of Zola and Maupassant, and it broke his health. Seems incredible today.

Eleanor had one other important pioneer distinction in the realm of translation. She was an accomplished Native Interpreter of English, French, German and Yiddish, As such, she interpreted for delegates to the International Socialist Workers Congress in Paris in 1889. That makes her an early modern Conference Interpreter. (Large international conferences had only recently been made feasible by the extending network of railway and steamship lines.) Certainly, to my knowledge, she was the first woman Conference Interpreter.

Jonathan Kaplansky. Eleanor Marx: translator, interpreter and unconventional Victorian woman. Circuit (Montreal) 66.29-30., 1999. There are other biographies of her in print and on the web